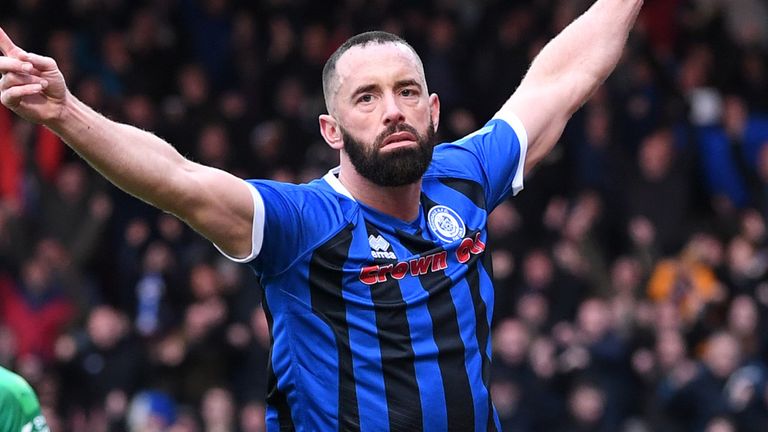 Forty-year-old Aaron Wilbraham struck late to snatch a richly-deserved draw for League One Rochdale in their FA Cup third-round clash with Newcastle at the Crown Oil Arena.

Wilbraham combined with fellow substitute Luke Matheson, 23 years his junior, to equalise in the 79th minute after Miguel Almiron had put the Premier League side in front. 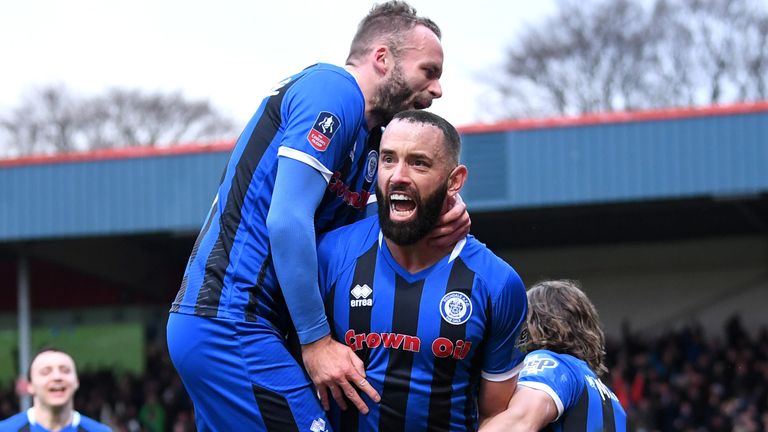 Jay Rodriguez scored twice as Burnley responded to a poor run in the Premier League with a 4-2 victory over Peterborough in the third round of the FA Cup at a sparsely-attended Turf Moor.

The Posh, who have not beaten a top-flight side in the FA Cup since 1965, were three down inside 25 minutes through goals from Rodriguez, Erik Pieters and Jeff Hendrick.

Ivan Toney seized on a defensive mistake to pull one back before half-time with his 17th of the campaign, but Rodriguez’s second all but clinched the tie for Burnley even though teenage substitute Ricky Jade-Jones pulled one back for Posh late on.

Sky Bet Championship challengers Millwall eased into the FA Cup fourth round with a comfortable 3-0 win over League Two strugglers Newport at The Den.

There were 54 places between the two teams at kick-off, in their first meeting since 1985, and the Lions were the better side throughout, despite the visitors’ spirited start to the second half.

A first-half strike from Matt Smith put the hosts in charge and second-half goals from Connor Mahoney and Tom Bradshaw sealed the victory for Gary Rowett’s side.

Bela punished a goalkeeping mistake by Jayson Leutwiler to score a breakaway goal in the last minute after Sunjic had been sent off less than two minutes after coming off the bench.

The Croatian midfielder received his marching orders for bringing down Sam Gallagher in the penalty area in the 60th minute, having replaced Gary Gardner in the 58th minute.

Adam Armstrong equalised from the spot in the 61st minute to cancel out Dan Crowley’s first goal for Blues four minutes into the game.

But the final result hardly seemed a fair reflection as Rovers dominated the second half, only for former Blues loan striker Gallagher to waste two good chances after Stewart Downing missed another, while goalkeeper Lee Camp allowed a routine punt from Derrick Williams to slip through his fingers.

The hosts took the lead against the run of play on the half hour when Niclas Eliasson’s far-post cross from the left was headed back across goal and into the net by Famara Diedhiou.

But impressive Shrewsbury were back in it three minutes after the interval, Goss guiding a perfectly-placed shot from the edge of the box past goalkeeper Niki Maenpaa after a Diedhiou clearance had fallen into his path.

Tom Eaves scored a hat-trick as Hull reached the FA Cup fourth round with a 3-2 win against 10-man Rotherham.

Hull took the lead in the 16th minute with Dan Batty bursting into the box and cutting the ball back for Eaves to score, but Rotherham were level five minutes later thanks to Michael Smith’s powerful finish from Chiedozie Ogbene’s centre.