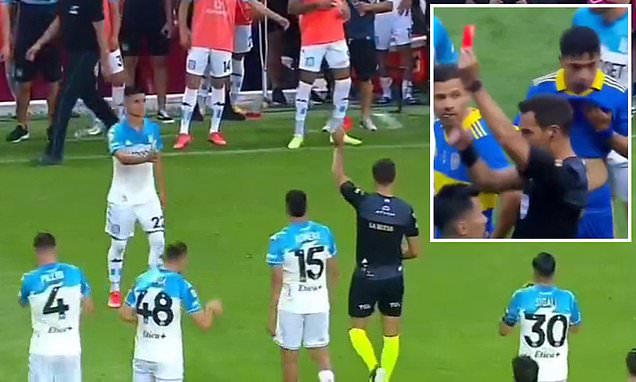 Referee Facunda Tello awarded an incredible ten red cards after a fight broke out during Boca Junior’s Trophy of Champions 2-1 loss to Racing.

Tied at a goal apiece after 90 minutes, both sides were left with ten men with just a few minutes left to play as a fight broke out between Boca’s Sebastían Villa and Racing’s Johan Carbonero.

The scuffle reportedly started after the Xeneizes demanded a penalty was given in the in the dying embers of the match for a handball inside the area. 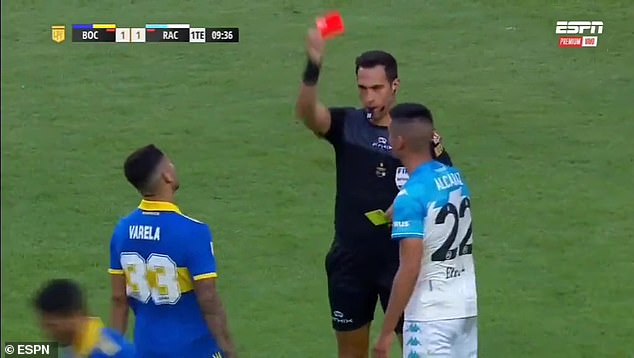 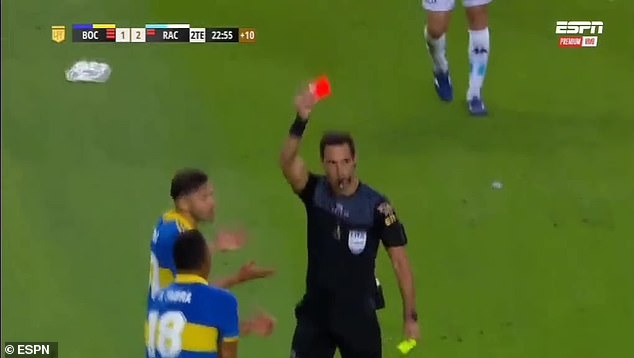 After the mele had cooled off, the referee delivered both Villa. and Carbonero their marching orders, but he wasn’t quite finished there.

The match continued to extra-time, with Carlos Alcaraz scoring a late winner with a glancing header, sending the Estadio La Pedrera into bedlam.

Alcaraz’s over-the-top celebrations sparked a nerve with the Boxa players, who confronted him on the edge of the pitch, pushing him, grabbing his ear and throwing the ball at him.

After the mele had quietened down, Tello handed out five red cards to Boca, and two to Racing, ensuring Alcarez was not left unpunished.

All of Luis Advincula, Carlos Zambrano, Diego Gonzales, Frank Fabra and Dario Benedetto were shown red for Boca, while Catriel Cabellos was sent marching for Racing. 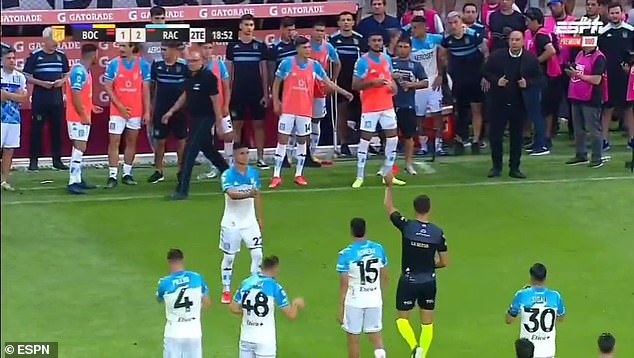 So who is referee Facundo Tello?

After finding himself in the thick of a brawl on Sunday night, Tello will travel to the 2022 World Cup, with six other South American referees.

The Argentine was born in Buenos Aires Province in 1982 and has refereed a total of 118 professional matches in the Premera Division.

During that time he has given out 612 yellow cards and 45 red cards, with this not being the first time he’s given out more than one red card out in a match this season. 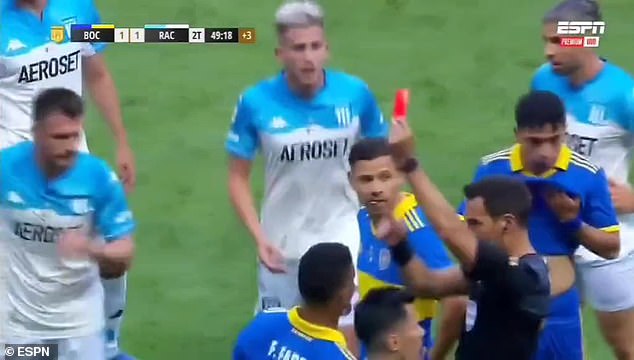 Back in September during a match between Racing and Club Atletico Platense, the referee actually awarded three red cards and six yellow cards during a game that saw Racing win 1-0.

But he is considered one of the best South American referees around and was inducted into FIFA’s roster of international referees in 2019.

Since then, he has gone on to officiate at the South American U20 Championships and referee a game between Jordan and Morocco in the 2021 Arab Cup 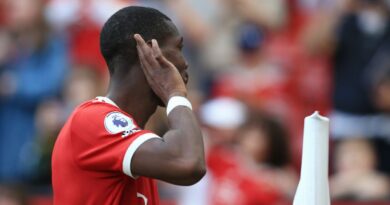 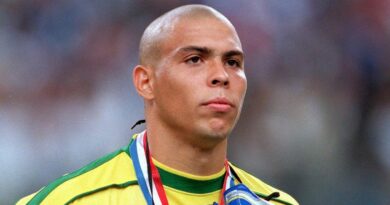