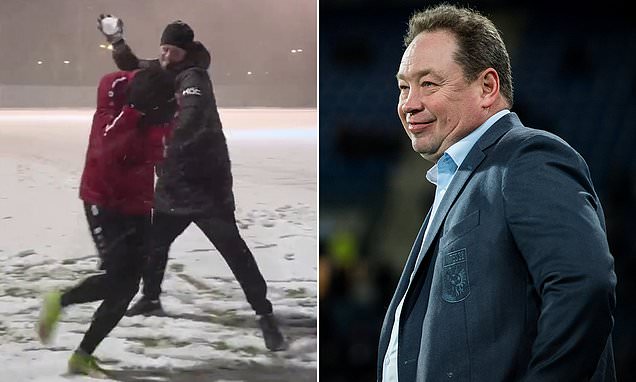 Eccentric football coach Leonid Slutsky is up to his bizarre antics again, this time putting a fresh spin on winter football training.

Slutsky, who was endured a failed spell in English football with Hull City, is now in the hotseat with Russian giants Rubin Kazan and was this week captured giving his players a rather frosty ordeal during fitness training.

As the Kazan stars jogged around the training pitch the 50-year-old manager could be seen bundling together handfuls of snow with a mischievous expression on his face. 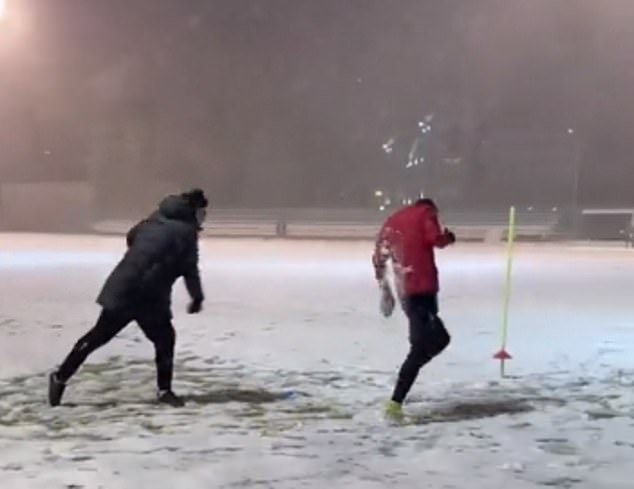 With each passing player, Slutsky hurled snow at a new target and the Kazan stars each recoiled and joined in on the joke with their boss.

Soon, Slutsky will be marking two years in charge at Kazan – the latest destination in what has been a nomadic managerial career so far.

Since taking to the touchline in 2000, Slutsky has managed six different clubs across Russia, along with taking over the national team itself from 2015 to 2016. 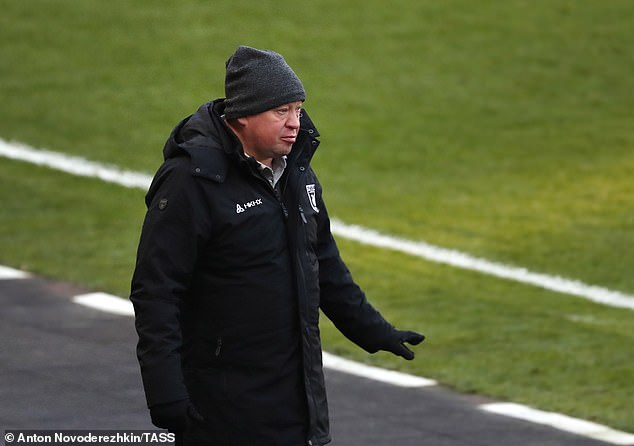 In 2017 he was appointed manager of Hull City, only to last less than six months and depart by mutual consent after a run of bad results.

Slutsky briefly tried his hand in Holland by managing Vitesse, before returning to Russia with Kazan.

The 50-year-old is well known for his far-flung antics, and roughly this time 12 months ago decided to serenade his players with a rendition of Mariah Carey’s All I Want For Christmas Is You.

The Russian Premier League side decided to get into the festive spirit, as they posted a music video of their manager singing the hit anthem. 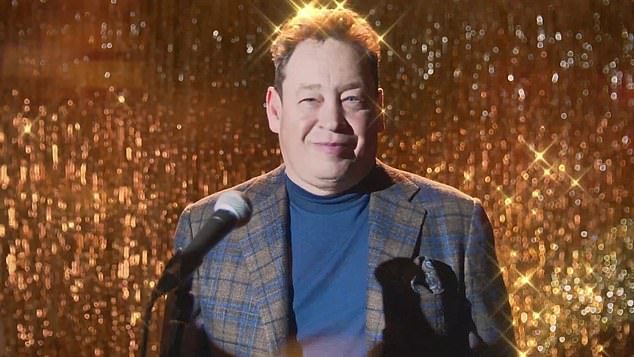 The video sees some awkward dad dancing from the former Hull City and Russia manager, while the players are also seen dancing, dressing in Christmas themed attire, sharing presents and eating VAR and referee themed biscuits.

After giving his best rendition of Mariah, the end of the video shows Slutsky dreaming of winning the Russian Premier League.

That would have taken some effort from his club who sit ninth in the league after 19 games with 28 points – 13 behind leaders Zenit St Petersburg. Zenit would go on to lift the title. 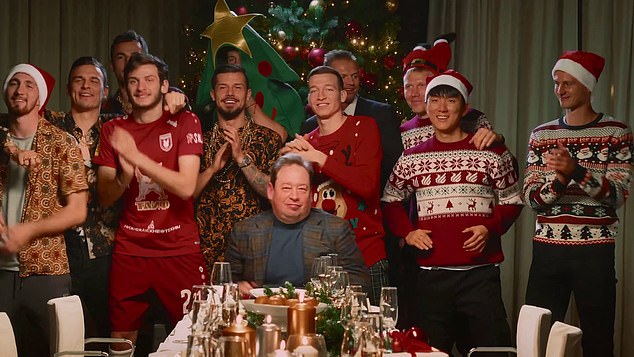 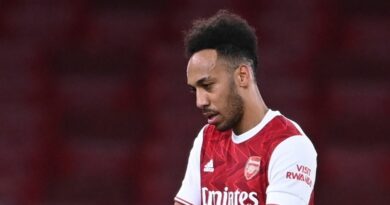 Henderson ‘exploded’ at Suarez and "wanted to kill" teammate at Liverpool