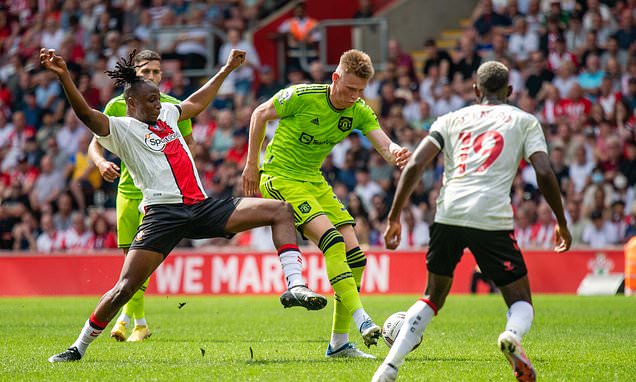 ‘VAR is s****’: Fans are left bemused by decision not to award Southampton a penalty despite the ball appearing to hit Scott McTominay’s arms THREE times in Manchester United’s 1-0 win on the south coast

Supporters have been left bemused by the decision not to award Southampton a penalty after Scott McTominay appeared to touch the ball with his arms no fewer than three times.

United secured back-to-back wins for the first time since February to kick start Erik ten Hag’s reign but many feel Southampton should have been given the chance to equalise from the spot.

With Saints pressing for an equaliser, the ball was played into the box and midfielder McTominay got himself in a spin attempting to challenge the combative Che Adams for the ball. 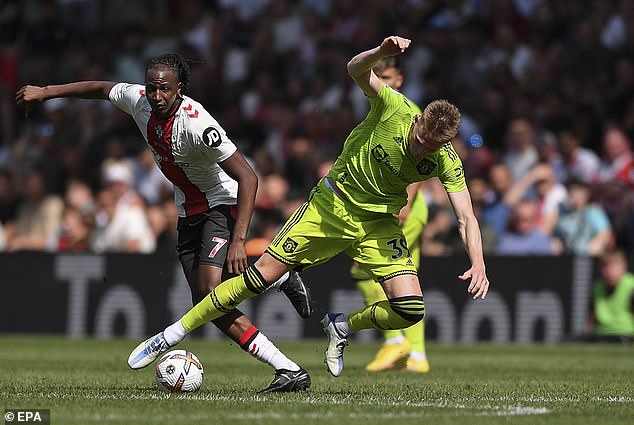 With his Scotland team-mate having taken a heavy touch, McTominay attempted to close in on him but the ball deflected onto his left arm and then onto his right.

With it bouncing around, the ball then appeared to strike his arm for a third time before breaking clear.

Incensed by the referee’s decision not to award a penalty, Adams chased after Andy Madley.

VAR investigated the incident but found nothing untoward with Madley’s decision and said play should continue. 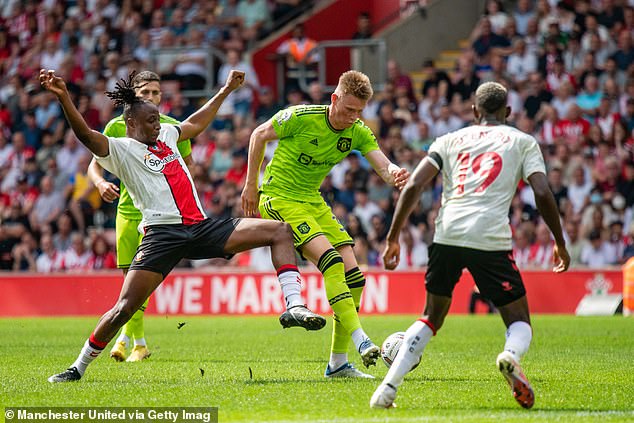 Fans, unsurprisingly perhaps, took to social media to express their bemusement at the – lack of – decision.

‘Given the decision against Digne last weekend, this is the definition of corruption,’ one supporter wrote.

Another wrote: ‘English refs are ridiculous.’

‘How the f*** was this not a penalty. Absolutely criminal,’ one noted.

Another suggested that VAR had had a ‘nightmare’. 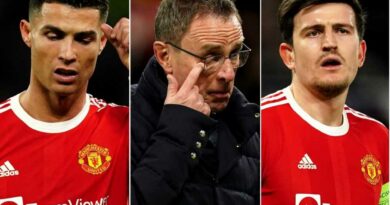 What next for Manchester United as they play out another trophyless season?