Football fans have once again been left aghast by Lionel Messi after his classy finish against Australia in his 1000th game.

The Argentina captain received a one-two on the edge of the penalty area and slotted an inch-perfect finish into the bottom corner to break the deadlock for the Copa America winners. Messi’s fine goal was his ninth World Cup goal and his third of the tournament which is getting better and better for the Abicaleste.

The Paris Saint-Germain ace has won everything there is to win, except from the World Cup. And football fans across the world desperately want the little magician to follow in the footsteps of the late Diego Maradona by winning the World Cup.

“Steps up when it matters, like a true goat,” one fan wrote on Twitter. "We are blessed with Messi's 1000th career appearance tonight. We've been truly blessed by this man," another said.

On added: "May the gods of football let the blessings continue for another 2 weeks. Want to see this truly special player fill the only gap in his impeccable resume."

Do you think Argentina and Lionel Messi have a chance of winning the World Cup? Let us know in the comments section below

"Never been anyone as good," another fan put after his lovely finish. "It's actually mad how we've seen prime Messi in our lifetime. Peak for future generations," another added, laughing at future football fans who have not been able to watch the Argentine in his pomp.

Messi led the South Americans to the 2014 World Cup final but were beaten in extra-time by Germany. Argentina’s last World Cup triumph was in 1986, when Maradona dragged his nation kicking and screaming in Mexico.

And Messi appears to be doing the same thing in Qatar. After a woeful 2-1 loss to Saudi Arabia, a game in which Messi did notch a first half penalty, Argentina have gone through the motions.

Messi broke the deadlock with a 25-yard finish against Mexico, before assisting Enzo Fernandez’s 87th minute strike. Argentina and Messi have been gathering momentum with every passing minute – this could be very bad news for the rest of the countries left in the tournament. 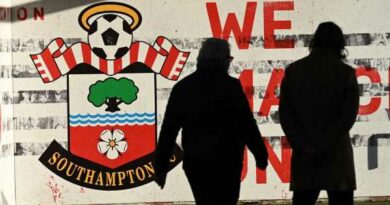