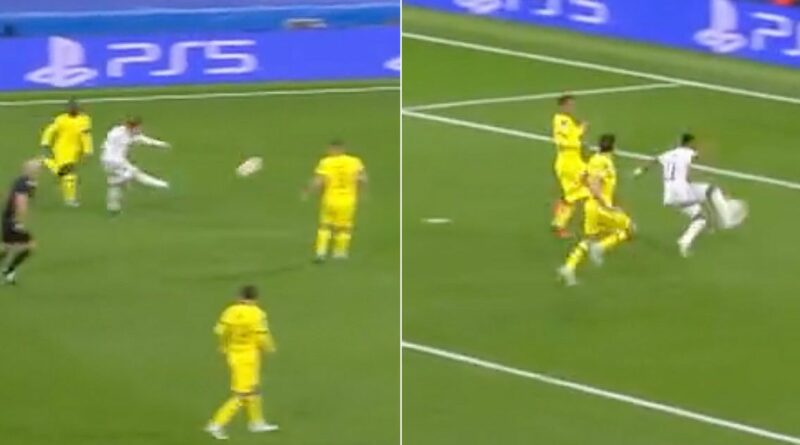 Luka Modric has fans drooling over his assist for Rodrygo's late strike against Chelsea in the Champions League on Tuesday evening.

Real Madrid had struggled all evening at the Bernabeu as they saw their two-goal lead disappear at the hands of Thomas Tuchel's side. Timo Werner's third looked to have sent Madrid packing, but a moment of magic from the Croatian put Real back in the contest.

The 36-year-old floated a pint-point pass with the outside of his left boot across the face of the Chelsea net. The young Brazilian was waiting at the back post to turn the ball into the net, firing Madrid level on aggregate.

One fan tweeted: "This ball from Luka Modric is one of the most beautiful things I have seen in recent years. It’s pure art!"

"I'm on the phone with the Louvre Museum. From tomorrow there will be an exhibition dedicated to the passes of Modric," another joked. While a third tweeted: "What an exquisite ball from Modric. Outside of the boot right on the money."

What did you think of the assist? Let us know in the comments section

However, not everyone was impressed: "He lumped it over the defence, see it every week in Division One."

Chelsea had briefly had a foot in the semi-final but after Rodrygo's strike, the tie headed into extra-time.

However, any moment Tuchel's side had built over the 90 minutes quickly unravelled as the in-form Karim Benzema struck Los Blancos ahead in the tie.

Chelsea were unable to hit back – despite golden chances for Jorginho and Kai Havertz – and Tuchel's defence of the Champions League ended in Madrid.