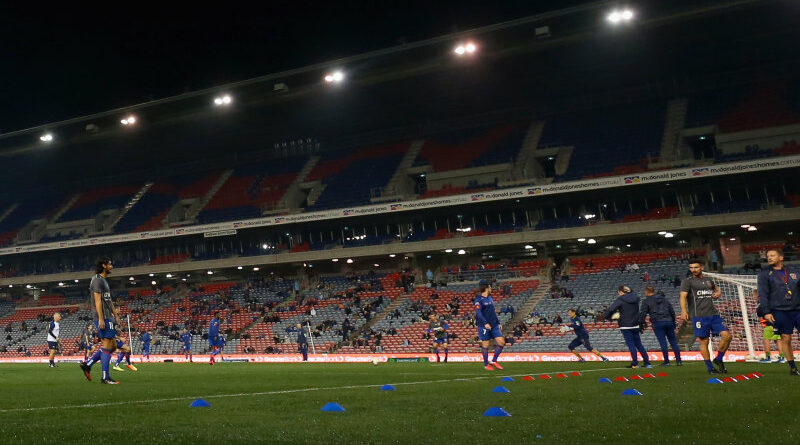 Wanderers fans from a range of western Sydney suburbs won't be allowed to attend Friday night's clash against the Newcastle Jets, bringing the A-League partially in line with the restrictions imposed on the Test match at the Sydney Cricket Ground.

Late on Wednesday afternoon, management for McDonald Jones Stadium in Newcastle released an update on its website saying patrons from identified hotspots, including the northern zone of the northern beaches and nine western Sydney suburbs would be barred from attending the match. 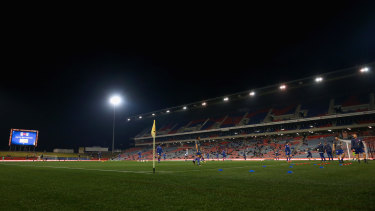 The Jets will host the Wanderers in the A-League on Friday night at McDonald Jones Stadium.Credit:Getty

The banned list mirrors the one for the Australia versus India Test match beginning at the SCG on Thursday: Auburn, Birrong, Belmore, Berala, Lidcombe, Potts Hill, Regents Park, Rookwood and Wentworthville.

Ticket-holders from those areas will be given refunds.

It's unclear if people from the specified areas would face $1000 fines if they try to enter the Newcastle venue in New Lambton, as is the case for the cricket.

Nor are masks mandatory for attendees like they are at the cricket – but they are "strongly encouraged", according to Venues NSW.

McDonald Jones Stadium will be capped at 50 per cent of its 33,000-seat capacity on Friday night, and while only around 6000 fans are expected, the Jets are offering cut-price tickets to encourage attendance at their first home game of the season.

The reduced prices – $10 for adults and $5 for juniors – are to mark the club's fresh start after a consortium of rival A-League team investors took over the club this week.

The Wanderers are expecting a couple of hundred of their supporters to make the trip to Newcastle but have been encouraging members to abandon any non-essential travel in line with NSW Health advice.

There is another A-League match this weekend, with Macarthur FC hosting Wellington Phoenix at Campbelltown Stadium on Sunday, but no crowd restrictions have been announced as yet – while next weekend, the Wanderers are slated to face Sydney FC in a derby at Stadium Australia in Homebush.

Sports news, results and expert commentary delivered straight to your inbox each day. Sign up here.