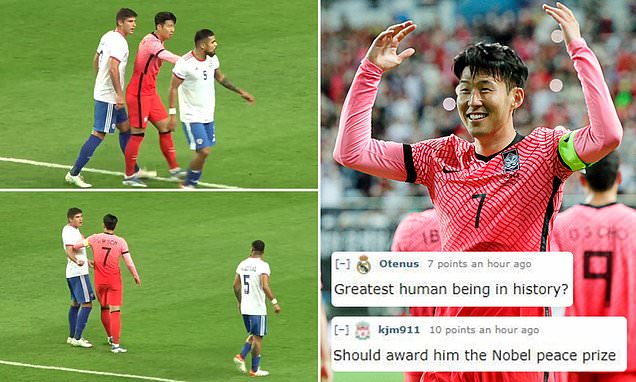 Fans were amused to see Tottenham Hotspur star Son Heung-min break up an argument between two opposition players during South Korea’s 2-0 victory over Chile in Daejeon.

The international captain, who later scored South Korea’s second goal in injury time, showed his professionalism and leadership when Chilean defenders Paulo Diaz and Benjamin Kuscevic started to quarrel with one another.

After some aggressive shouting between the two, Diaz and Kuscevic met on the halfway line to barge into each other. 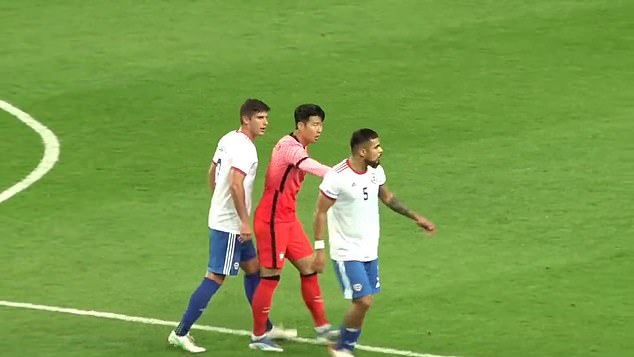 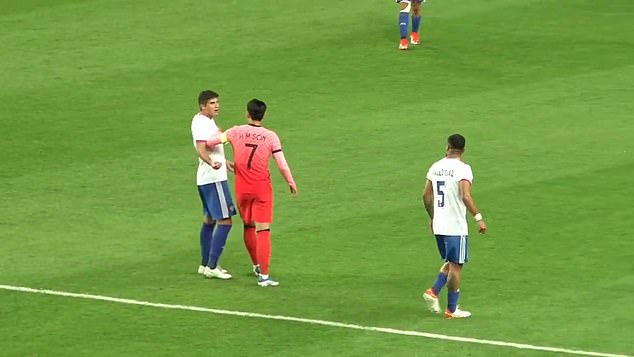 But Son intervened before tempers could rise by immediately pushing Diaz towards his original position and holding Kuscevic back with his arm.

The moment sparked a positive reaction on social media, with some facetiously saying Son should be nominated for a Nobel Peace Prize for his peacekeeping.

Another remarked that former Newcastle team-mates Lee Bowyer and Kieron Dyer, who were each infamously shown red for scrapping with one another against Aston Villa in 2005, could well have been rescued by Son were he playing in those days.

Discipline was clearly an issue for Chile during the friendly, as the away side were reduced to ten men shortly after half-time, following Alex Ibacache’s sending-off.

The South Korea international enjoyed a career season in North London last campaign, winning the Premier League Golden Boot with 23 goals and firing Spurs back into the Champions League in the final week of the season.

Son has become a legend in his country after making over 100 senior appearances for South Korea and scoring 32 goals. 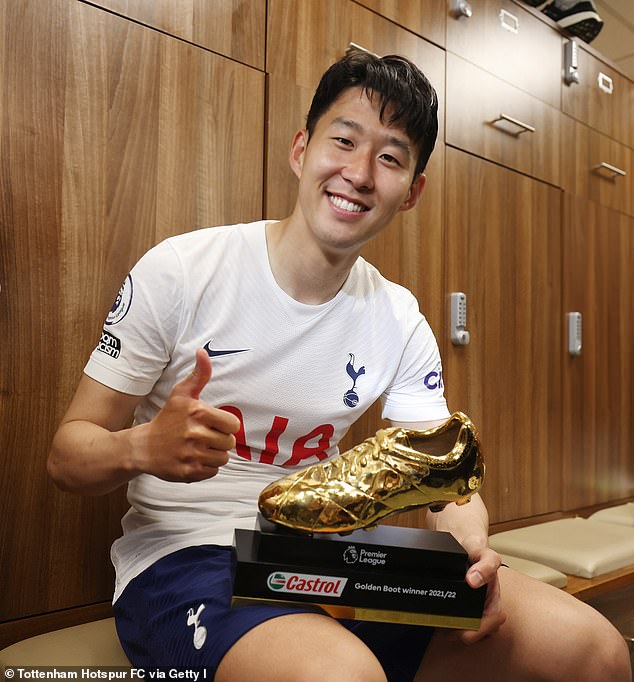