Former Arsenal team-mates Granit Xhaka and Stephan Lichtsteiner were involved in a bizarre free-kick routine during Switzerland’s defeat to Denmark.

Xhaka, who was recently named Arsenal’s captain, initially ran past the ball.

Lichtsteiner, at Augsburg having endured a difficult campaign with the Gunners last season, then burst forward but instead of being found by Xhaka, the latter hesitated and just stood over the ball. 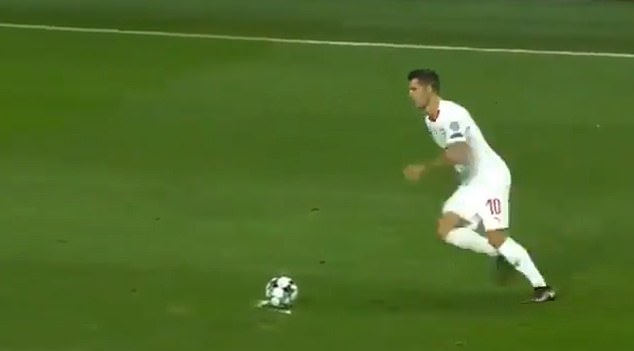 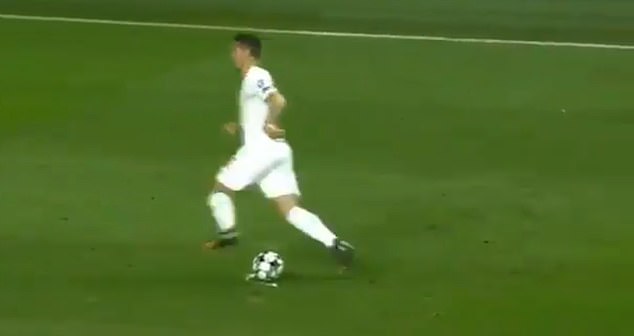 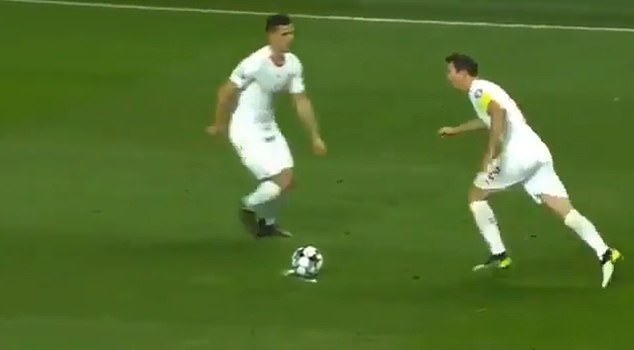 As Xhaka comes back, Lichtsteiner then darts forward, seemingly ready to be played in

Denmark won 1-0 in the Euro 2020 qualifier courtesy of a goal from Yussuf Poulsen, but it was Xhaka and Lichtsteiner’s exploits that attracted the majority of the attention.

One Arsenal fan wrote: ‘What nonsense is this??’ 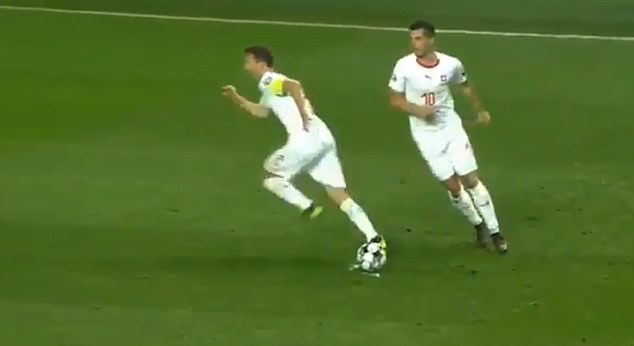 With Lichtsteiner moving into position, his old Arsenal team-mate Xhaka stands over the ball 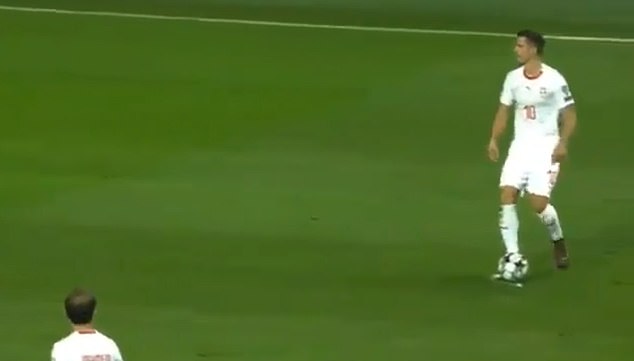 However, instead of playing in Lichtsteiner, Xhaka ends up just standing over the ball

Another wrote: ‘My word….what did we do to deserve these?’

Meanwhile, another added: ‘What were they doing’.

Another wrote: ‘My captain everybody’.

Switzerland are currently in third place in qualifying Group D and still have a chance of making it through to Euro 2020.

They will return to action on Saturday with a home game against Republic of Ireland.

Griezmann confesses Messi played part in him not moving to Barcelona