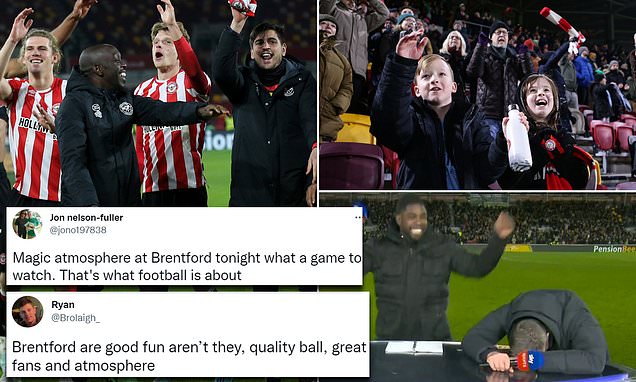 ‘I love how much Brentford fans celebrate wins!’: Fans take to social media to rave about the atmosphere at the Gtech Community Stadium as the Bees beat Liverpool 3-1 and celebrate in style afterwards with pundit Micah Richards joining the party

Fans have taken to social media to rave about the post-game atmosphere at the Gtech Community Stadium.

Brentford beat Liverpool 3-1 in a brilliant performance in front of their home crowd and, as ever, the Bees’ support was deafening.

Fans from clubs across the country have since shared their thoughts on the celebrations, with many watching on in awe. 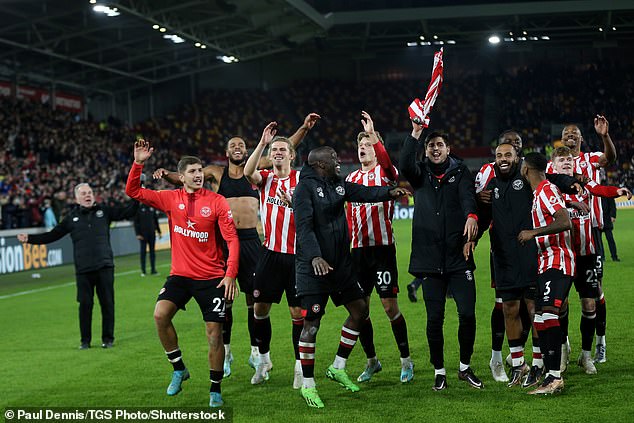 One rival fan said: ‘Best atmosphere in the league after a big game win. I felt like I was a Brentford supporter.’

Another added: ‘Getting jealous of Brentford with how connected the fans, players and manager feel and the atmosphere they have at their ground.’

A Coventry fan also said: ‘I love how much Brentford celebrate wins’. Before adding: ‘Surely that’s what football is all about?’

Throughout their time in the Premier League, Brentford have been praised for the atmosphere they have managed to create at home games – inspiring the team to huge wins.

One fan agreed with this and said: ‘What a great atmosphere at Brentford, the players definitely feed off of that.’

With another adding: ‘Magic atmosphere at Brentford tonight what a game to watch. That’s what football is all about.’

The celebrations even extended to the pundits analysing the game on Sky Sports.

Micah Richards was seen dancing along to the Brentford sound system after the game with co-pundit Jamie Carragher unable to watch.

Along with the Brentford fans, Richards was loving the post-game party but it is safe to say Carragher enjoyed it a lot less.

Brentford take on West Ham at home in the FA Cup in their next game – looking to continue their fine run of form. 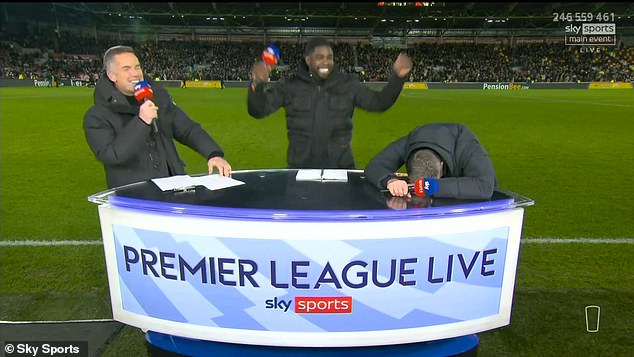 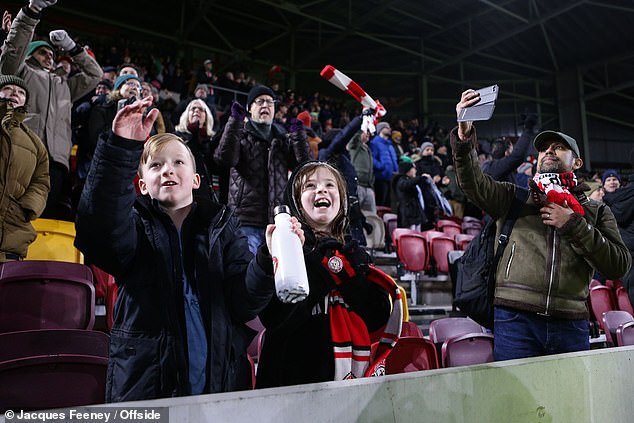 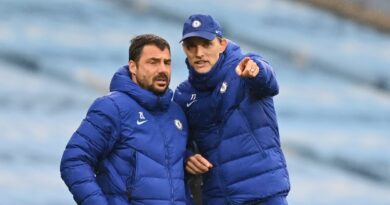