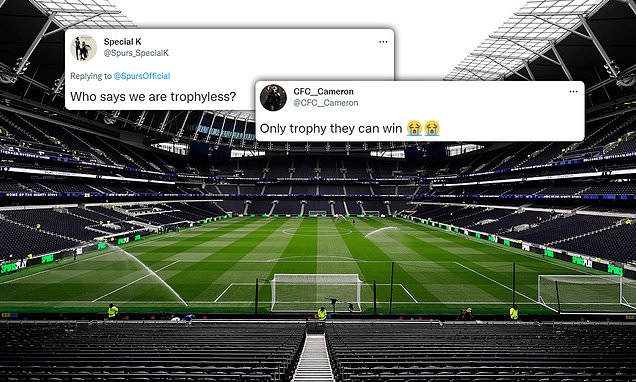 Fans ruthlessly mock Tottenham for finally winning a ‘trophy’… but it’s only for the Premier League Grounds Team of the Season! (And even Spurs supporters are laughing at themselves…)

Football fans have taken to the internet to mercilessly mock Tottenham over their announcement of winning a ‘trophy’ for having the best ground, with several of their own supporters joining in.

Social media went wild after the official Spurs Twitter account posted that the club’s grounds staff had won the ‘prestigious Premier League Grounds Team of the Season award for 2021/22’. 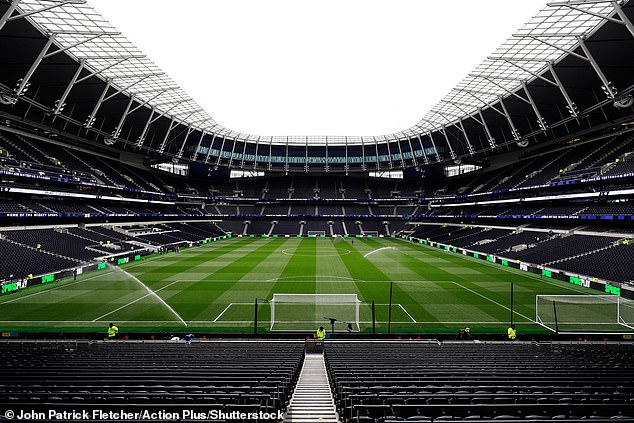 Spurs put out the above tweet celebrating the win, and were then pilloried by fans online 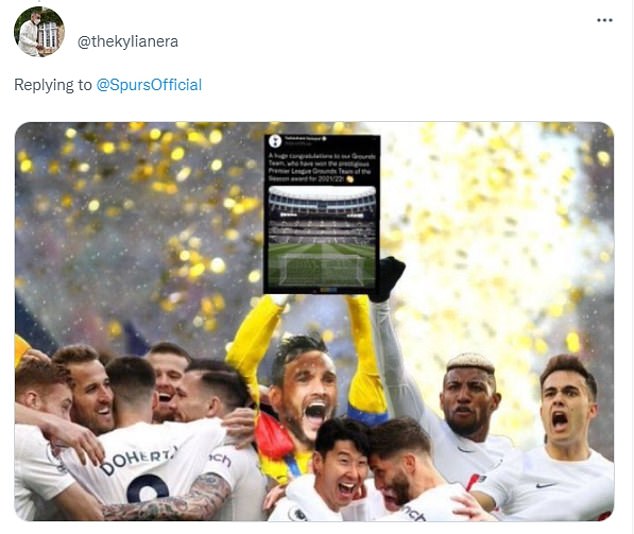 The club’s only trophy in more than 20 years has been the League Cup, which they won back in 2008.

‘Only trophy they can win’, according to one Twitter user that appeared to be a Chelsea fan.

Another social media user put their photo-editing skills to use and mocked up an image of Spurs players celebrating and captain Hugo Lloris holding aloft the tweet that Spurs put out announcing the win.

Someone wryly referred to Spurs winning ‘the garden cup’ while a gleeful Arsenal fan simply stated: ‘They don’t help themselves do they?’

However, far from tribal fans rallying to their club’s defence, it seems several Spurs fans are also greatly amused by the situation, and have in fact also made fun of their own club about it.

‘Who says we are trophyless?’ wrote @Spurs_SpecialK, while another club fan wrote ‘Stick that in the trophy cabinet’, tongue firmly in cheek.

Staff at Tottenham can only hope that next season they will have news to share of a more significant trophy win, and that their fans will stand behind them on it.