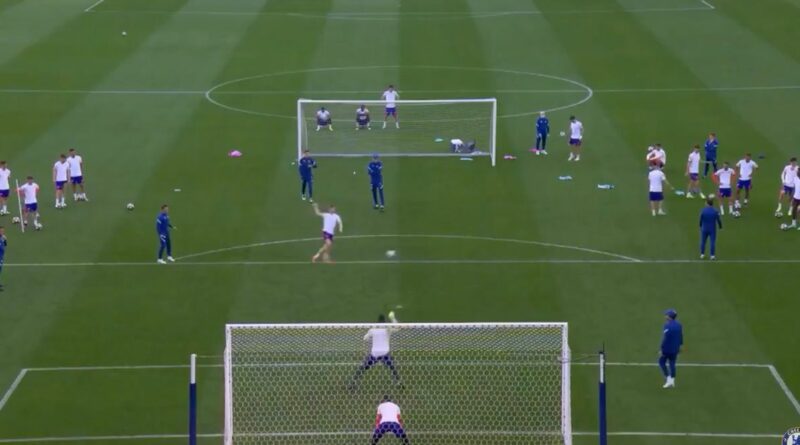 Timo Werner’s opening term at Chelsea is set finish as his lowest-scoring season in five years, with the German hitting the back of the net just 12 times in his first 51 appearances for the club.

The £47.5million signing has remained the go-to option up front under Thomas Tuchel, who hopes his German compatriot finds his shooting boots in time for Saturday’s Champions League final against Manchester City.

Chelsea had Stamford Bridge legend Didier Drogba leading their line the last time they featured in the Champions League final in 2012. The Ivorian scored in the final minutes to force extra time against Bayern Munich, then converted a decisive penalty to win the resulting shootout.

Werner is yet to develop the same surefire nature in front of goal, evidenced by one of his misses during Chelsea’s build-up to Saturday’s decider in Porto:

After setting himself on the edge of the box, Werner can be seen winding up on his less-favoured left foot before slicing his attempt high over the crossbar.

One commenter remarked: “Oh that ball went to Jupiter.”

Another referred to Liverpool’s alleged interest in the forward last summer and joked: “Bet Liverpool fans are glad they dodged this bullet.”

The Germany international went seven successive Champions League outings without a goal before scoring an important opener in the second leg of their semi-final clash with Real Madrid.

Werner has scored just twice in his last 27 Premier League appearances, although he has contributed seven assists in that time.

Tuchel praised final opponents City as “the strongest team in Europe and the world” ahead of their decider, with Chelsea the obvious underdogs travelling to Portugal.

Pep Guardiola will lead the Citizens into their Champions League final debut, having already lost twice to Blues counterpart Tuchel since he replaced Frank Lampard in January.

Werner started in both those victories over City without managing to convert, while another of the new signings from last summer, Hakim Ziyech, managed to score in both.

Tuchel has leaned on Werner as his primary striker option, with Chelsea reportedly willing to cut their asking price for Tammy Abraham in a bid to jettison the England forward this summer.

The 10 worst signings of the Roman Abramovich era at Chelsea 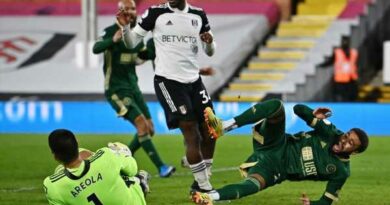