EFL fans will be able to watch their team inside grounds this weekend… but on TV and with the curtains drawn! Several Championship clubs to host divisive trial events with the Government standing firm on blocking supporters from returning

Supporters of Football League clubs will be able to watch their team on television from hospitality lounges inside the stadium – but curtains will block sight of the action on the pitch outside.

It is a situation that is sure to increase the sense of frustration at the Government’s stance on fans not being allowed into grounds.

Middlesbrough are among several Championship clubs hosting trial events this weekend, with around 40 members of staff in corporate suites at the Riverside Stadium. 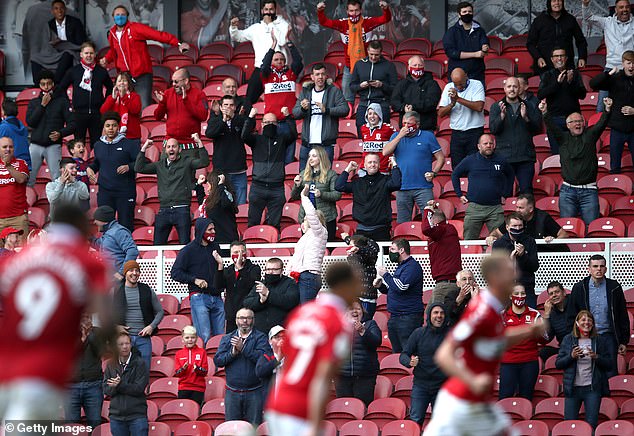 However, there will be covers across the lounge windows preventing them from seeing the game against Reading – taking place just 100 yards away – and they will instead have to watch the match on TV.

EFL sources cannot understand why the Government have failed to grasp the ridiculousness of such a scenario.

And Boro boss Neil Warnock said: ‘I don’t know who’s making the decisions. Look at the crowds at the London Palladium watching Arsene Wenger this week. That can happen but we can’t have fans at matches? Explain that to me. 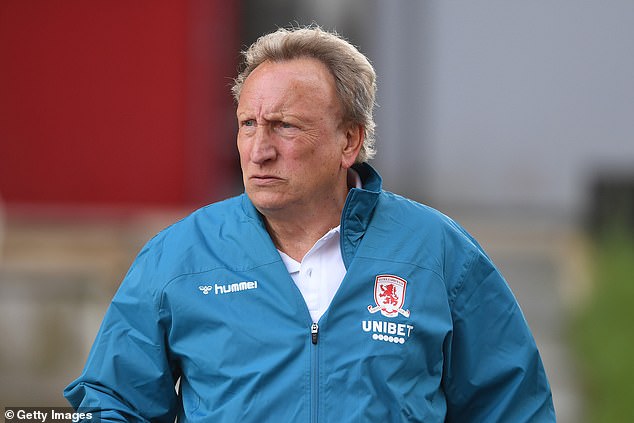 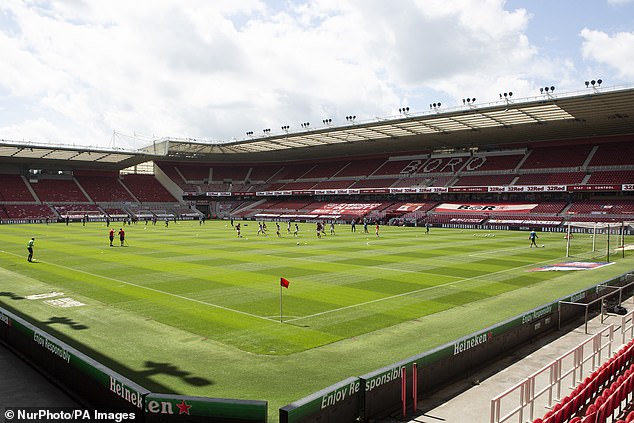 Middlesbrough will hold an event at the Riverside on Saturday, one of several similar scenarios

‘We had a really successful pilot game last month against Bournemouth. We didn’t have a problem. We had families together and it was safe and well organised, and the feedback from across the board was terrific.

‘From a mental perspective people need an outlet. They need something they can focus on and enjoy. The Government really needs to help out here.’

Parliament will debate the issue after a petition calling for a return of supporters to grounds received more than 196,000 signatures. However, there is further frustration that the debate will not take place until November 9.

A spike in coronavirus cases has left many EFL clubs fearing that fans will be kept out of stadiums until 2021 at the earliest.

Trainer Adrian Bott rapt with Farnan ahead of Coolmore test

Chelsea transfer chief Marina Granovskaia may soon be dealt blow
We and our partners use cookies on this site to improve our service, perform analytics, personalize advertising, measure advertising performance, and remember website preferences.Ok