Football fans have been left feeling "disgusted" by a non-league player who attacked a referee after being sent off on Monday.

The incident took place in the Southern Combination League’s Division One fixture between Dorking Wanderers reserves and Epsom & Ewell after the referee brandished a second yellow card.

The Epsom player, sporting a jersey with no.12 on the back, then retaliated by pushing both and opposition player and referee in a moment of complete head-loss.

Things took an even uglier turn when the player punched several other players in the face before pursuing the official and eventually being restrained.

Fans have voiced their disgust towards the rampage on social media, pointing out that more should be done to assist referees at grassroots level.

One Twitter user said: “The county FA’s and indeed the FA need to hand down more appropriate punishment. This is also assault on 3 occasions!”

Another added: “And we wonder why there is a shortage of referees at non-league level.”

A third said: "Just another day in the role of referee ! Disgusting behaviour."

Many have also called for a life-time ban for the player responsible, with one user in particular saying: “Should never play again. End of.”

Epsom & Ewell have since issued a statement confirming that the player in question has been released with “immediate effect.”

The statement read: “Epsom & Ewell Football Club would like to put on record our apologies to today’s officials and players of Dorking.

“We will not tolerate this behaviour at our club and are mortified by the scenes in today’s match.

“The player in question has been released by the club with immediate effect.

“We would like to thank Dorking for their hospitality today and again apologise for today’s match. This sort of action holds no place in football or society.” 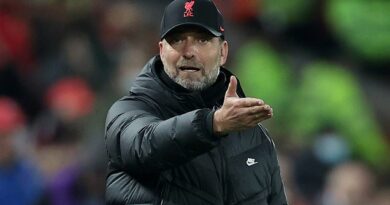