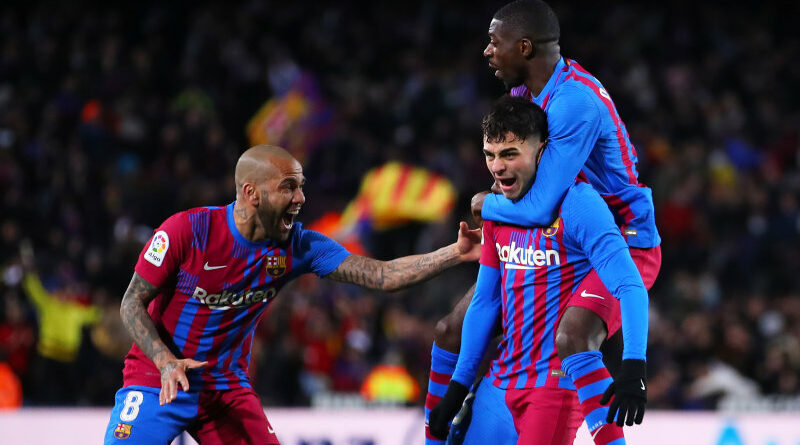 FC Barcelona will cap off a season of incredible resurgence under new coach Xavi Hernandez with a historic trip to Sydney, where they will face the A-Leagues All Stars in front of a likely sellout crowd at Accor Stadium.

First reported by the Herald and The Age last month, official details of the club’s historic maiden visit to Australia can now be revealed, with the match locked in for Wednesday, May 25 – three days after Barcelona’s La Liga campaign is due to conclude at home to Villarreal. 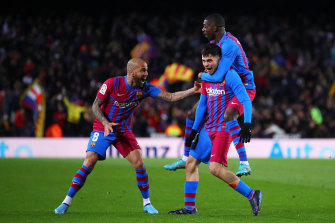 A full house is anticipated at the 83,500-seat venue after the Spanish giants provided assurances to organisers that they will bring a full team, including renowned stars like Sergio Busquets, Frenkie de Jong, Jordi Alba, Dani Alves and Pierre-Emerick Aubameyang, as well as emerging talents and current Spanish internationals Pedri, Gavi and Ansu Fati, who have helped reverse the team’s poor recent fortunes.

Barca haven’t won La Liga since 2018-19, and their fall from grace was best encapsulated by the departure of the legendary Lionel Messi to Paris Saint-German during the off-season, which the Catalan club could do little about due to their perilous financial situation. 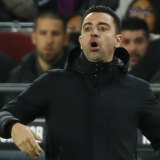 Xavi has overseen a remarkable recovery since taking over as Barcelona coach.Credit:AP

They spent the first half of this season mired in mid-table mediocrity and were knocked out of the UEFA Champions League in the group stage, but have since staged a remarkable recovery under former star Xavi, who took over from the sacked Ronald Koeman in November.

Xavi, who played alongside Messi in arguably Barcelona’s greatest-ever team in the late 2000s, had not coached at the top level before but his methods, combined with his innate knowledge of the club’s DNA, have seen him win 16 of his 27 games in charge.

After they thrashed Real Madrid 4-0 at the Bernabeu last month with a redux of the ‘tiki taka’ football they are famous for, defender Gerard Pique declared on Twitter: “We are back.”

Barcelona are now second on the ladder and still a mathematical chance of beating Real Madrid to the La Liga title, and are also due to face Eintracht Frankfurt in the Europa League quarter-finals this week.

“We are very happy to be able to announce this match in Australia today against the A-Leagues All Stars. This will be the first time the team visits this country, where Barca are generating great interest,” said FC Barcelona’s vice-president marketing area Juli Guiu. “Being able to play this match will give us the opportunity to bring the club and its values closer to our fans and will also give us the opportunity for new audiences to get to know FC Barcelona and all that it represents, which has made it a reference entity on and off the pitch.”

As forecast by this masthead, the match will take place during A-League grand final week, with the decider to take place days later on Saturday, May 28 if a team from Sydney or Melbourne earns hosting rights as currently appears likely. That means players and coaches from the competing teams won’t be involved in the All Stars set-up, but A-Leagues executives are eager to use Barcelona’s presence to help promote the grand final and stimulate ticket sales – although some fans believe it will distract from the showpiece match of the domestic season. 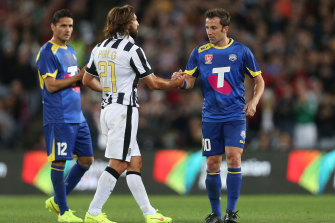 The All Stars concept has been dormant since 2014, when Alessandro Del Piero took on his former side Juventus.Credit:Getty

The All Stars concept has been dormant for the past eight years, and is not universally popular among supporters, but the team was an excellent foil for Manchester United (2013) and Juventus (2014). Details on how players and coaches will be selected have not been released.

This is the third confirmed visit to Australia by a major European club this year. Manchester United will take on English Premier League rivals Crystal Palace and Melbourne Victory in a two-match series in July, while Ange Postecoglou’s Celtic are coming for November’s Sydney Super Cup – although their arch-rivals Rangers have pulled out and are expected to be replaced by another touring side to join Sydney FC and Western Sydney Wanderers in the four-team tournament.

Brazil and Argentina are also in talks to bring a World Cup qualifier to the MCG in either June or September, as revealed by the Herald and The Age this week.

“As we emerge from our third COVID-impacted football season, Australia and the A-Leagues are once again the destination for international teams,” said Danny Townsend, the CEO of the A-Leagues and outgoing Sydney FC chief executive.

“One of the world’s best teams taking on the best of the A-League just days before the men’s grand final is going to deliver a feast of football for fans in Australia during grand final week.” 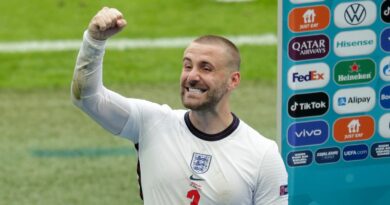