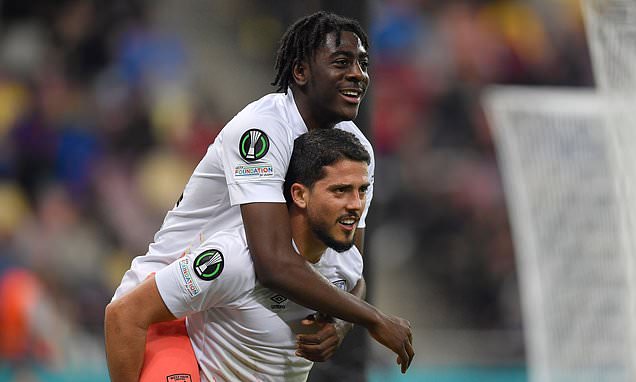 It cruelly went down as an own goal but here was a moment West Ham’s 18-year-old debutant Divin Mubama will never forget.

His header to Vladimir Coufal’s cross helped David Moyes’ youngsters win in Bucharest, regardless of what the official scoresheet says.

The Europa Conference League may only be two seasons old but to be the sole club in the competition’s history to win all six group games is some achievement for West Ham. 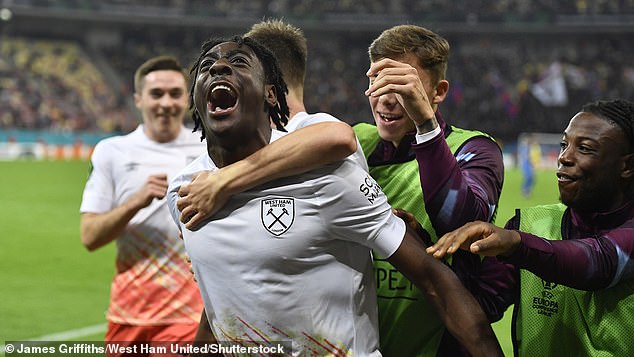 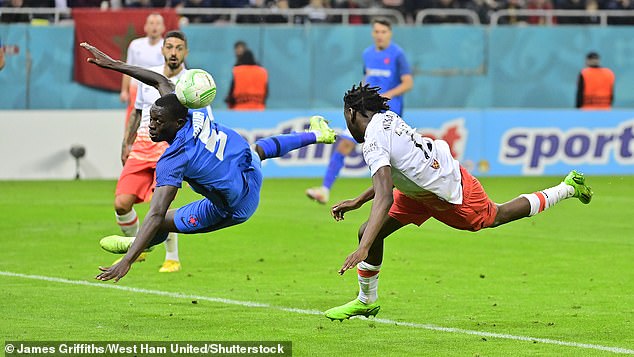 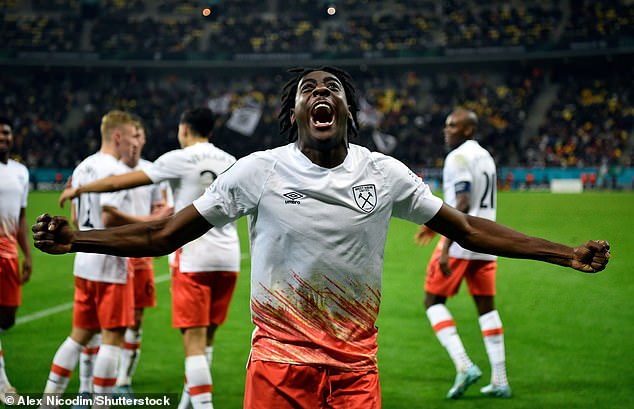 To win in Bucharest with two starters in 16-year-old Ollie Scarles and Mubama made it so much more satisfying for Moyes.

West Ham had earned the right to experiment by securing Group B’s top spot and there were further debutants from the substitutes’ bench in Keenan Appiah-Forson, 21, Kamarai Swyer, 19, and Kaelan Casey, 18.

West Ham’s second goal was courtesy of Mubama. Though it was technically taken away from him because of a Joyskim Dawa deflection, the families of these starlets can only have been bursting with pride as they put in a mature performance in the Romanian capital.

Scarles’ parents were in the National Arena’s stands to watch him perform beyond his 16 years on the left wing.

FCSB could not handle him as West Ham controlled this tie from start to finish.

Pablo Fornals got West Ham’s other two goals, but this was a night to celebrate the up-and-coming talent as Moyes’ men – or boys, rather – made it six for six in the Europa Conference League.

Busby had his Babes, and Fergie his Fledglings, and Moyes’s trust in his young men so nearly resulted in West Ham taking the lead after 22 minutes.

Scarles crossed from the left wing to find Mubama, who had cleverly taken up a central position.

He met it six yards out, but goalkeeper Stefan Tarnovanu made a good save with his trailing leg.

Fornals tried to finish the follow-up but Tarnovanu saved again.

In the 35th minute, Fornals’ cross found the impressive Flynn Downes, whose delicate touch looked like it was heading into the bottom corner until Tarnovanu intervened.

West Ham made it 1-0 after 40 minutes when Ben Johnson’s long ball dropped over the shoulder of Fornals, whose left-footed shot found the corner. Perhaps he was offside, but with no VAR, there was no inquest. 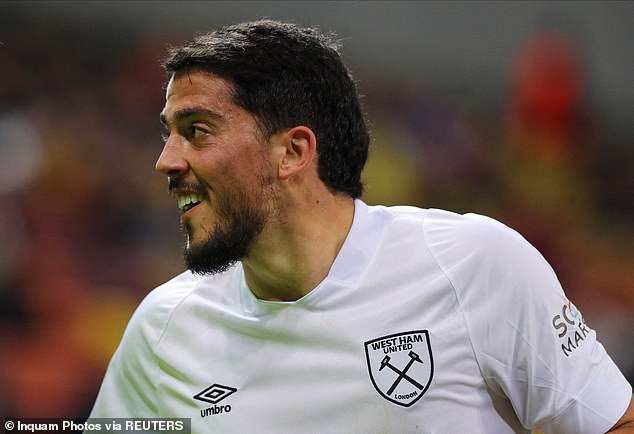 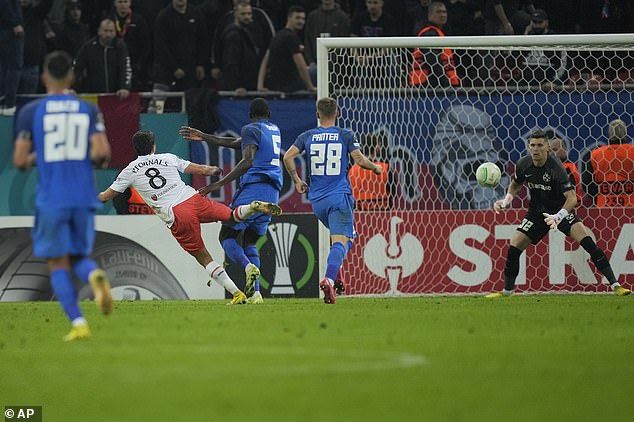 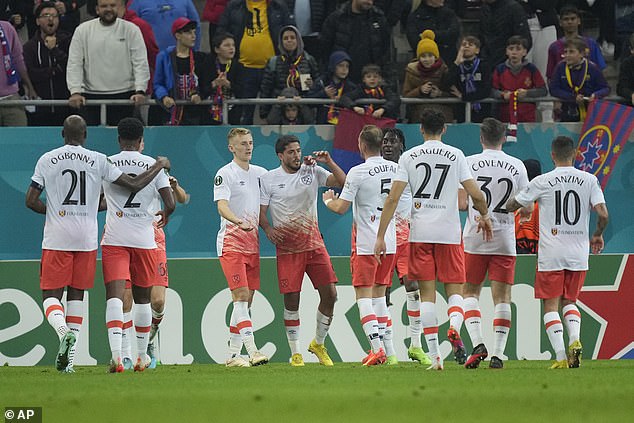 Goal-line technology did save FCSB from conceding a second when Nayef Aguerd’s header was cleared by Alexandru Pantea in the nick of time.

FCSB had parted with their manager, Nicolae Dica, two days prior to this match. At half time, they had not tested Alphonse Areola in goal as West Ham’s youngsters dominated the play.

Scarles’ low cross through the six-yard box deserved a finish but moments later in the 56th minute, Coufal’s cross found Mubama, who headed for goal. It deflected into the net for 2-0. ‘The dream they will never snatch away,’ said the BT Sport’s commentary. Unfortunately they would try, with it being given as an own goal by Dawa. 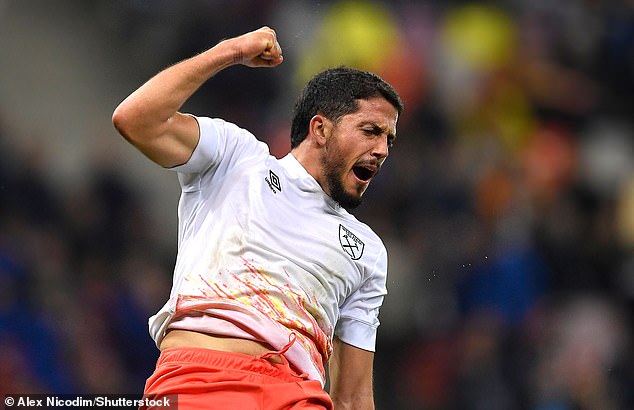 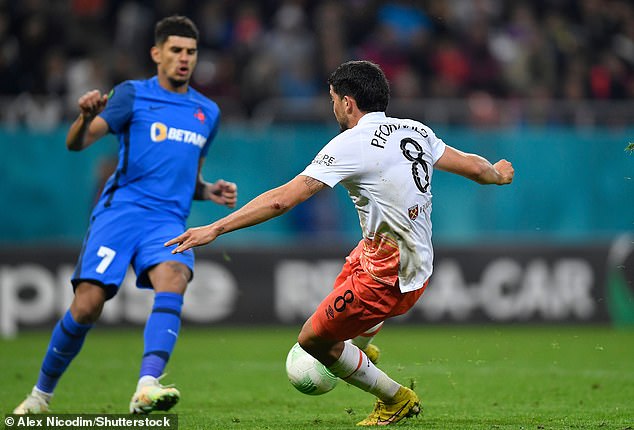 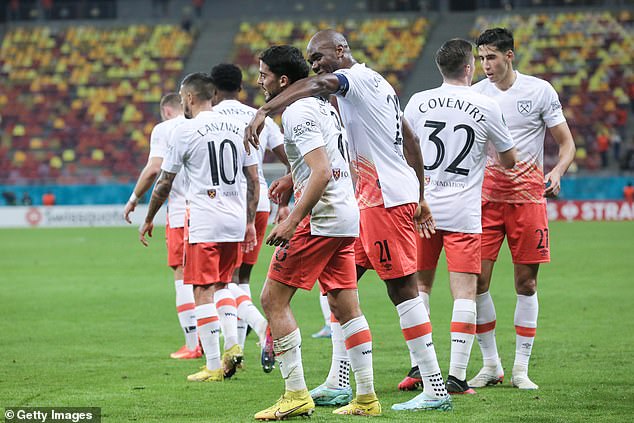 Still, Mubama’s celebrations in front of the 2,000 travelling supporters will live long in the 18-year-old’s memory. ‘What a moment,’ tweeted club captain Declan Rice, watching from home.

In the 65th minute, Fornals made it 3-0 after a Scarles cross caused confusion in the box.

With West Ham cruising, Moyes introduced debutants in Appiah-Forson, Swyer and Casey, along with Freddie Potts, 19, and Harrison Ashby, 20.

These young players were given a stage by their manager and they rose to the occasion in a super Europa Conference League showing. 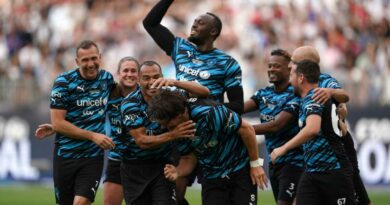 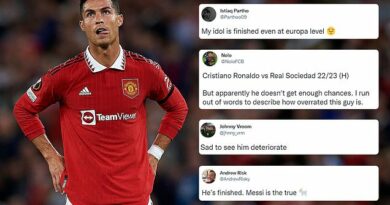