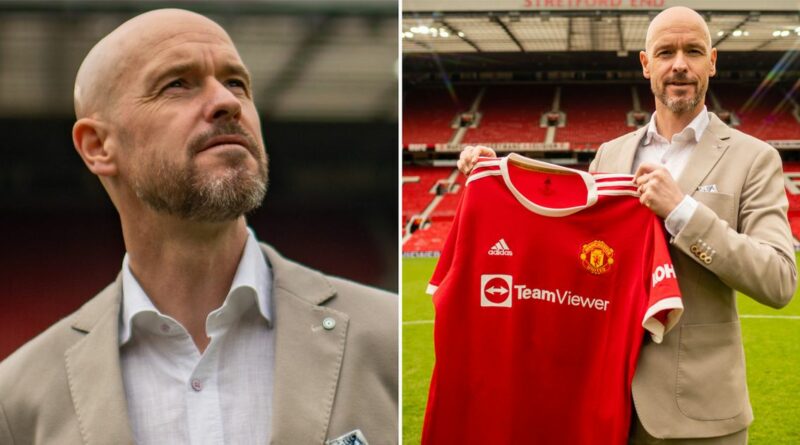 Manchester United could fail to deliver Erik ten Hag's request over grass length at Old Trafford because it might die in the cold winter months if it is cut too short.

The three-time Eredivisie winning manager is confident he can bring major silverware back to the club using the methods that made him successful at Ajax, but playing his brand of 'Total Football' might not be as easy at their home ground.

It has been reported the nature of the grass at Old Trafford won't allow ground staff to cut it as short as their new boss would like – in a stumbling block for his new methods.

According to The Sun, Ten Hag, as he did at Ajax, has insisted on their Carrington training base and Old Trafford grass to be cut to 1.5cm.

That request is thought to be a repeat of the Dutchman's Ajax facilities, with his side playing a brand of 'Total Football' made famous in his home country during the era of Johan Cruyff.

However, there are said to be fears the Old Trafford greenery will not survive should it be cut any shorter than 2cm – especially during the colder weather of winter months.

Where will Manchester United finish in the Premier League next season? Tell us in the comments section below.

The length of grass is expected to be adapted towards the needs of the new manager before pre-season training gets under way on June 27 ahead of the 2022/23 campaign.

United go into the season looking to win their first major honour since Jose Mourinho's tenure back in 2016-17, which came in the form of the Europa League.

The Red Devils might see that tournament as a good bet of getting back into the Champions League, having slipped away from a potential top-four finish in April on their way to a disappointing sixth place.

Ten Hag aims to turn around United's fortunes. He said in his first interview with the club: "I want to win. Winning is the most important, but also I have the intention to do that in a certain way and in an attacking way.

"If we cannot do it like that, we still have to win. That is what we have to put in our team."

Adding: "I think that they (his former players) will confirm that we play attacking football and that my players are convinced that it is a way to win games and to win titles."