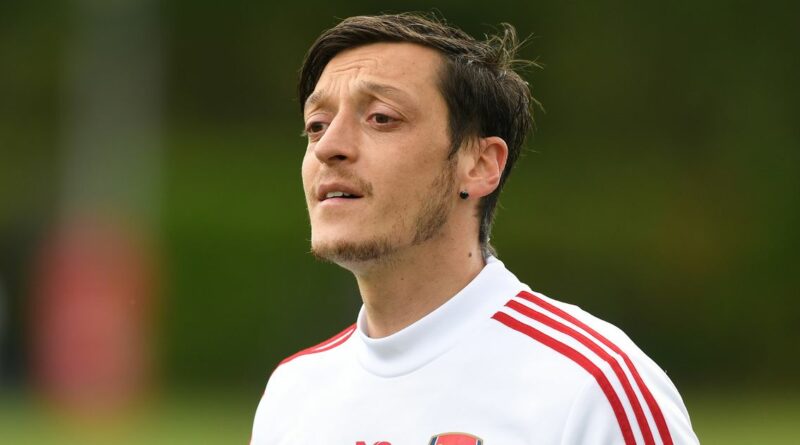 It’s now 10 months since the German playmaker last played for the Gunners.

His contract expires at the end of the season, and having been left out of the club’s Premier League squad so far this season, he is unlikely to feature again.

Ozil, who arrived in North London in 2013, has been linked with a move to Major League Soccer with DC United, but is understood to prefer a move to Turkey with Fener.

This week, Ozil’s representative, Dr Erkut Sogut, claimed that the midfielder’s future would be decided in the "next seven to ten days".

"We were not allowed to talk legally before January 1 so now we are just starting to look at the options with the numbers and details," Sogut told ESPN.

"If we want to leave in January, I need to talk to Arsenal. If we sign for the summer, we don't need to.”

The Gunners are amiable to an exit for the 32-year-old this month, if a deal satisfies all parties.

Arsenal are continuing to pay Ozil £350k-a-week at present, and are keen to get his salary off their books.

On Thursday, Mikel Arteta confirmed that he is expecting a decision in the coming days – and opened up on the prospect of an immediate exit for Ozil, who has recently been given time away from the club.

"If something is sorted this month it is because it is good for both parties, for Mesut and for the club," Arteta said.

"If that is the case we will move forward, if it is not the case then he will continue here. We will decide what is happening in the next few days."

Fenerbahce boss Bulut was asked about a potential switch for Ozil on Thursday night, following his side’s win over Alanyaspor in the Super Liga.

And he took a stance along similar lines to Arteta.

"It is not possible for me to make a comment before he comes.”

According to all sides, it appears the end is in sight.