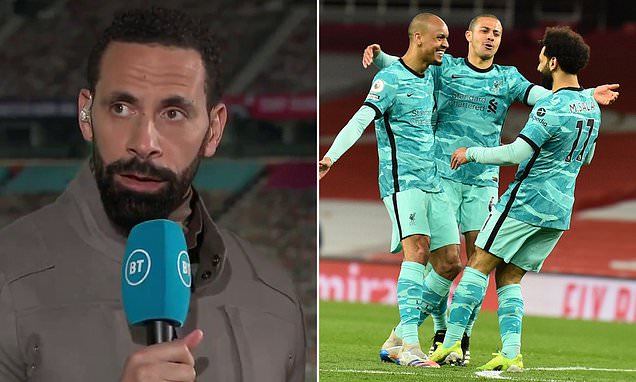 Manchester United legend Rio Ferdinand has admitted Liverpool could finish in the top-four after their 3-0 victory over Arsenal.

With other results going for them over the weekend, Jurgen Klopp’s side now sit just two points off fourth-placed Chelsea in the hunt to make next season’s Champions League.

It would mark a big turnaround for the reigning champions, with Klopp last month stating that it’s ‘almost impossible’ for them to finish inside the top-four. 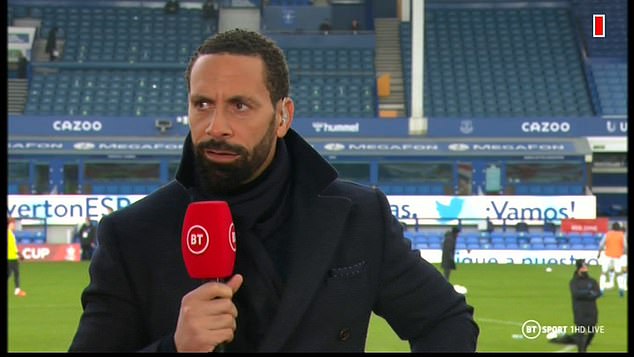 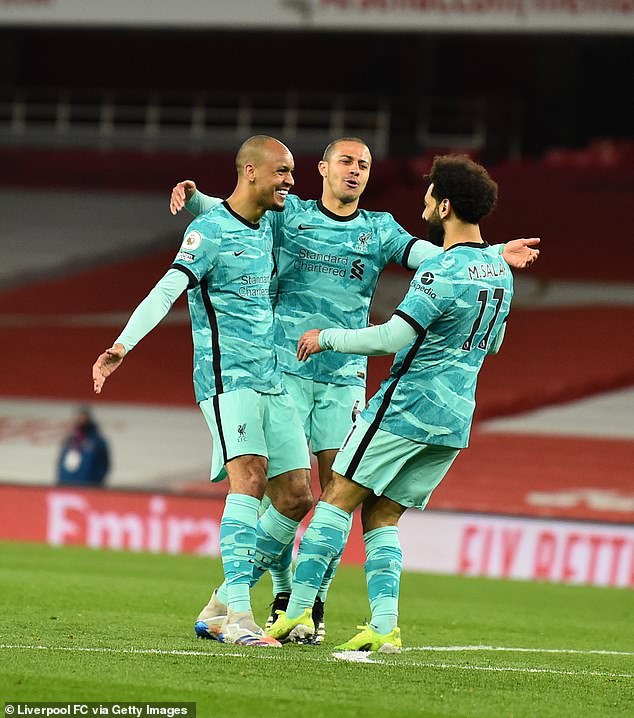 But Ferdinand begrudgingly told BT Sport that he feels Liverpool are the most likely to go on a good run towards the tail-end of the season.

He said: ‘I think Liverpool are going to get in there now. The result they got at the weekend, the performance and the confidence that will give that team.

‘Fabinho back as well is a huge boost. Liverpool with how they’ve been in the last two seasons they have that know-how, that nous to go and put a run of results together.

‘Out of Chelsea, Leicester, Liverpool and Spurs I think Liverpool is the one who could go on a six, seven game run. I’ve got a sneaky feeling they will. I hope not if I’m being honest.’

The prospect of Liverpool finishing outside the top-four seemed impossible at Christmas, when they sat top of the Premier League standings.

However, they went through a woeful run of form at the start of the year which was mainly attributes to their extensive injury crisis. 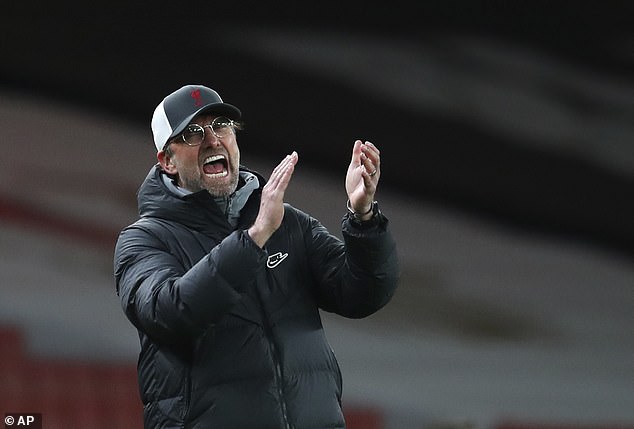 Their home form slumped alarmingly since the turn of the year, after previously going 68 games unbeaten at Anfield before their 1-0 defeat to Burnley in January.

Liverpool have lost their last six games at Anfield including their defeat to Burnley, also dropping maximum points to Brighton, Manchester City, Everton, Chelsea and Fulham.

‘I like to be an optimist, but in the league it is almost impossible to qualify in the competition for the places that we have,’ Klopp told Lothar Matthaus, who was guest editing Sport Bild, last month.

‘At Tottenham, Gareth Bale is now playing again, and they are also in the running. Plus City and Manchester United, who are far away. Chelsea is on the rise.

‘Reaching Champions League qualification through the league will be difficult, we know that. You don’t usually win the Champions League itself in a year with injury worries as big as we have, you know that, Lothar.’ 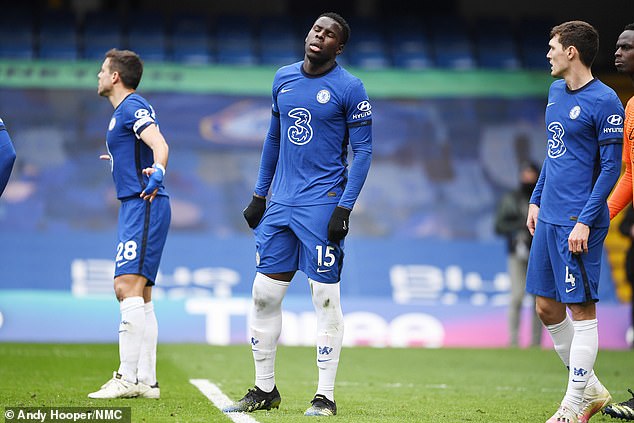 Liverpool closed the gap to Chelsea who fell to a stunning 5-2 defeat to West Brom on Saturday.

Elsewhere, Leicester lost to Manchester City and Tottenham conceded late to only draw with Newcastle.

West Ham and Everton though could jump Klopp’s side if they win their respective games in hand.

Steve Sidwell who was on BT Sport with coverage with Ferdinand, feels the top-four will stay the same as it presently stands.

He said: ‘Leicester, with the experience they had of dropping out last season, and for Chelsea I think the result is a blessing in disguise. When (Thomas) Tuchel came in, what he’s done, I think they’ll get over the line.’

Arsenal striker Aubameyang could have moved to Everton – Allardyce