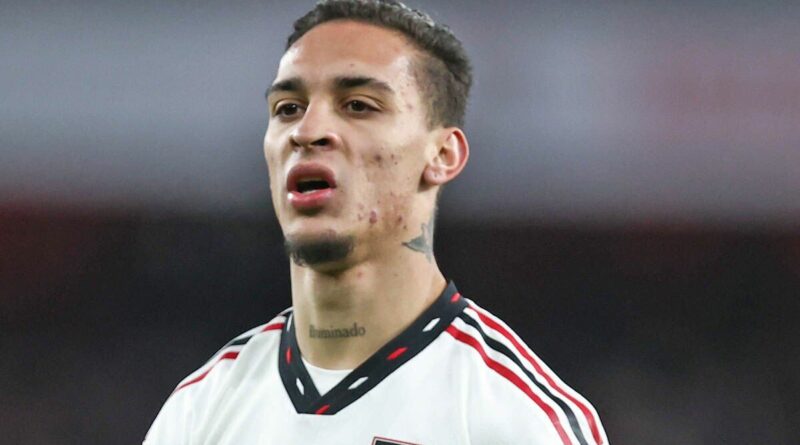 Manchester United legend Rio Ferdinand has taken aim at Antony following the club’s 3-2 Premier League defeat to Arsenal on Sunday. The Brazil international failed to impose himself during the showdown at the Emirates Stadium. And the heat is well and truly on the 22-year-old after yet another sub-par display.

Manchester United and Arsenal played out a five-goal thriller in north London on Sunday afternoon in one of the best games of the season so far.

Eddie Nketiah’s brace and Bukayo Saka’s strike gave the Gunners all three points, with Marcus Rashford and Lisandro Martinez on target for the Red Devils.

One player who failed to shine during the game, however, was Antony.

Not for the first time this season, the 22-year-old struggled to impose himself. While he produced tricks and flicks in abundance, his end product was often lacking.

And Ferdinand, speaking on his FIVE YouTube channel, has taken aim at the Samba star and insisted he ‘doesn’t beat anyone’.

“He just doesn’t beat anyone and I’m sitting there thinking, ‘Was that always the way?’” he said.

“I’ve seen clips of him when he was at Ajax and he was somebody who used to beat people.

“I saw Thomas Partey, who I wouldn’t put down as a sprinter, absolutely burst past him, and I’m thinking, ‘Woah, he (Antony) hasn’t got much power in them legs!’

Antony wasn’t the only player to be criticised by Ferdinand, with the six-time Premier League winner also saying Luke Shaw was ‘scared’ by Bukayo Saka.

“I think Saka, my young player of the year, had Shaw scared,” he stated.

“That’s the first time I’ve seen Shaw look like, ‘Oh, this guy has got my number.’

“He gave him far too much space a lot of the time, allowed him to run and get into the box before engaging with him because he didn’t want to get beat.

“He thought if he tried to face him up he’d just shift it round him.

“But Shaw’s been magnificent for United up to this point.”

United boss Erik ten Hag cut a frustrated figure after the game, admitting he feels his players made too many mistakes during the contest.

“It was a great game, a lot of tempo and the audience is the big winner,” he said.

“Two top teams but of course we are disappointed when you lose this game in the late stage. All the goals we conceded today are mistakes, it can’t happen.

“Even last week we were so hard to beat in such situations, today we were not. All three goals we could have avoided.

“They [Arsenal] are very good on the ball but we are a good defending team. There were not a lot of open chances.

“We made mistakes which we can’t make. This game was decided by small details but also the decision making, that is hard to accept and we have to learn.”

United will need to put the pain of the defeat behind them when they face Nottingham Forest in the Carabao Cup on Wednesday (8pm).

The Red Devils beat the same opponents 3-0 earlier in the season and will need to be at their best to boost their hopes of making the final of the competition. 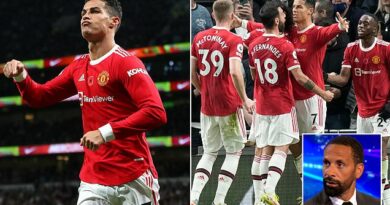 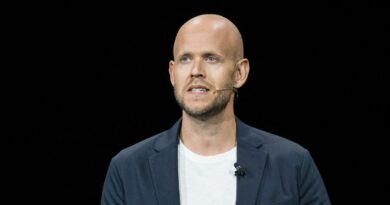