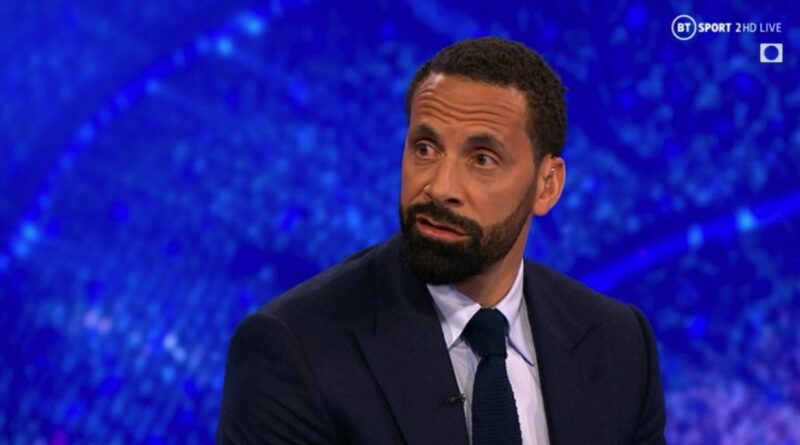 Rio Ferdinand believes the Glazers will be forced to sell Manchester United after supporters' protests over the weekend as the club legend sent an impassioned plea to the under-fire owners.

United's clash with Liverpool on Sunday was called off as supporters broke into Old Trafford, forcing their way onto the field setting off flairs and vandalising the pitch.

Thousands turned up to voice their displeasure outside the stadium over the failed European Super League bid, while fans gathered at United's team hotel to prevent the home side from getting to the stadium as several clashed with police.

The Premier League clash was postponed, as a result, and will be rearranged in due course.

United supporters want the Glazers out of the club and former defender Ferdinand reckons they will get their wish.

Speaking on Vibe with Five podcast, he said: "I think the Glazers will sell now, I think they will. It might not be immediate but I think the uproar. Everybody wants to do well in business, nobody is begrudging anybody making a pound note and making money, I get that.

"But where they are now and the amount of emotion and anger is not going away. You could quash it before, we were playing games, winning. This idea of the Super League has just reignited every single bad emotion that was in the fans’ minds. Not only Man Utd now but football in general.

"I genuinely believe now that the Glazers will sell and just say ‘you know what we’ve had a good run at this, we’re going to make a huge profit, let’s just go, we don’t need this now’.

"For them, it’s better for them to sell now."

Ferdinand was shocked by the scenes on Sunday but insists he fully understands where the fans are coming from and are 100% behind him.

He added: "Like all other football fans [I was] kinda just taken aback really by what happened.

"Obviously the biggest thing to come out of this weekend, Man Utd fans got in the stadium, there was a march, protest, and if I’m looking at it as a fan of Man Utd, as a fan of football, an ex-player of the club too, I have to say I’m with the fans, I can’t be any other side of the line, I’m where the fans are.

"Yes we don’t want violence. I’m not condoning violence or any type of law breaking at all but these fans have been shunted aside, put to one side and said ‘listen you’re not a thought, you’re not a consideration’.

"This is the response you get when things like that happen, when you take over a club and try and take it away from the fans. You think the fans don’t mean a thing, that’s there’s not a care in the world about the fans.

"You treat them like that you get a response like this. And what you will see is more and more football fans coming together. I don’t think it’s going to be tribal and people will go and point the finger at Man Utd.

"What these guys have done I think was absolute liberty. And there was always going to be a reaction. If they ever thought there was going to just be a thanks and we can move on again then they’re more detached from realism than I even imagined at the beginning.

"Yeah, we saw all the scenes at the Lowry Hotel, at Old Trafford. If you want change in any way shape or form, protests happen, so to be surprised by this is crazy. This was inevitable, given what happened and the enormity of it.

"I was captain of Man Utd many times, had great times, won many things and to think that I'd stand there and say the fans are wrong here, I can’t. Honestly with my hand on my heart, and if there’s anybody wrong in all this it’s the people who run the club. They didn’t have their finger on the pulse, didn’t know the passion that lies beneath people just paying their £40 to watch the game."

Asked to explain his feelings in three to four words, Ferdinand replied "Ashamed, let down, emotional." 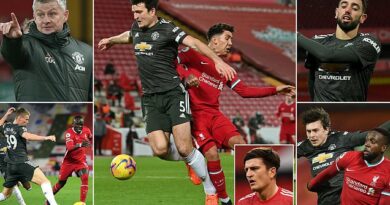 United have tightened up against Big Six rivals but has it cost them?