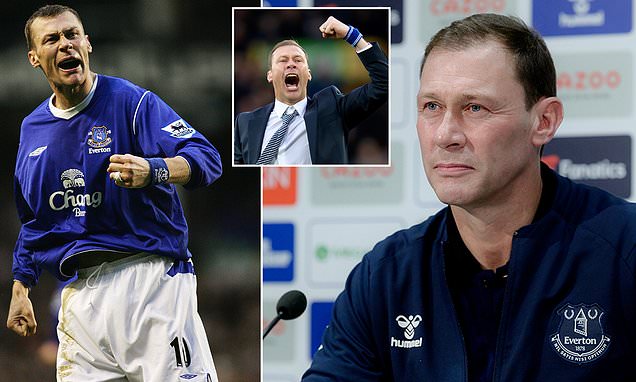 DOMINIC KING: Nobody was more of a bridge between Everton and their fans than Duncan Ferguson… his exit is a moment of great sadness but leaves a huge opening for a new Goodison Park icon

This moment was always going to come. From the moment that Duncan Ferguson was overlooked to be Everton’s permanent manager, having interviewed for the job in January, there was only one possible path for him to follow.

Ferguson has been assistant to many men in the last decade, from Roberto Martinez to Rafa Benitez, but it was evident to him from the earliest days of Frank Lampard’s reign that there would be no space for him in this current set up, no meaningful way for him to contribute.

Football, in the main, has been Ferguson’s life and he knows how it works. Nothing lasts forever, not even the status of being a club icon stops you being surplus to requirements. It wasn’t feasible for the Scot to remain on the backroom staff with Lampard as manager, so the break has come. 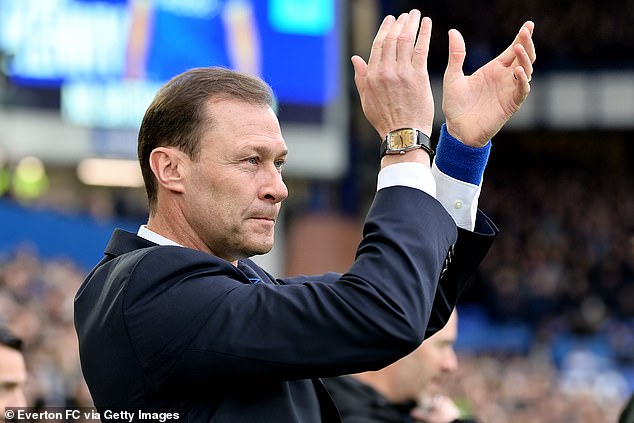 Duncan Ferguson’s departure from Everton was decided after he was overlooked for the permanent manager’s position at Goodison Park, having interviewed for the job in January 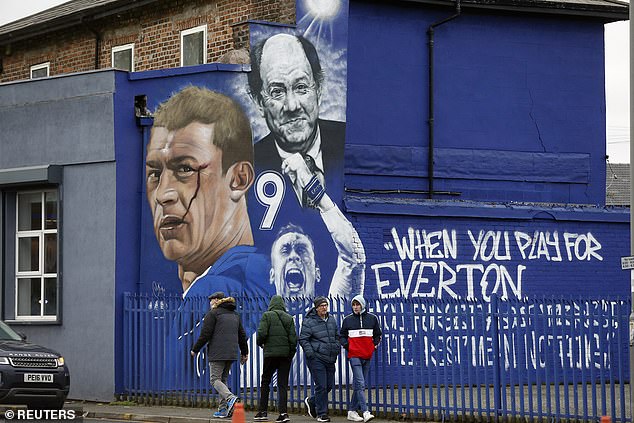 And the time is right. Ferguson, who was considered for managerial vacancies at Sunderland and Blackburn in recent months, wants to strike out on his own and his ambition is to be applauded.

Still, though, it is impossible not to look at this moment with a sense of great sadness. 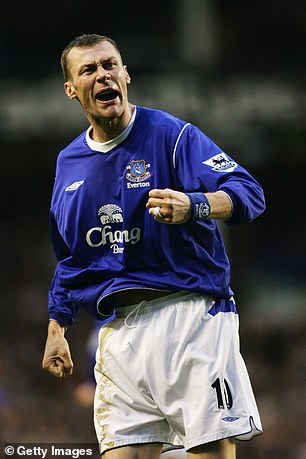 Outsiders may look at Ferguson and wonder what all the fuss is about. He scored 73 times in 279 appearances over two spells for Everton as a player; it’s not an especially outstanding goals to games ratio and he would never be in a conversation for the Premier League’s greatest forwards.

All that, however, misses the point.

For a generation of Evertonians, Ferguson played with the fire and fury and passion that they would have done had they been good enough. Everton were not just his employers; Everton was his way of life, his love for the club and people all-consuming.

As reporters, we were fortunate in recent years to get a true understanding of this.

Ferguson never entertained interviews as a player, he would barely acknowledge you if you ever so much as asked, but things changed during his first stint as caretaker manager in December 2019.

Before a game against Lampard’s Chelsea, after Marco Silva’s sacking, Ferguson gave a press conference that lasted a total of 14 minutes but, in that time, he had shown more passion and provided a greater connection than many who had gone before. 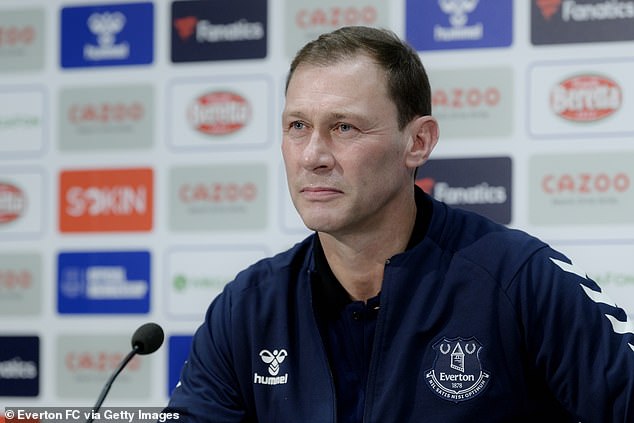 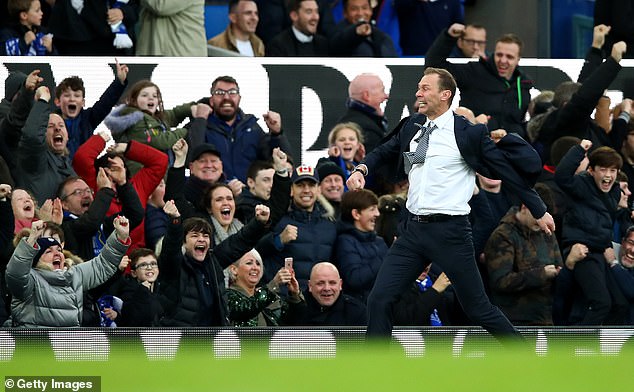 Against Chelsea, Ferguson masterminded a 3-1 win and celebrated down the touchline

Put simply, Ferguson got it. He knew what made Evertonians tick, understood what they were thinking and what they wanted to see. The following day, when he masterminded a 3-1 win and twirled ball-boys around in celebration as the goals rained in, was one of Goodison’s very best.

‘I’d have picked up you if you had been next to me!’ he told this observer during an interview in October 2020.

There it is – the connection. Lampard, to his immense credit, worked wonders towards the end of last season to generate an atmosphere around Goodison that bordered on the freakish, such was its intensity, to help Everton stave off the threat of relegation. 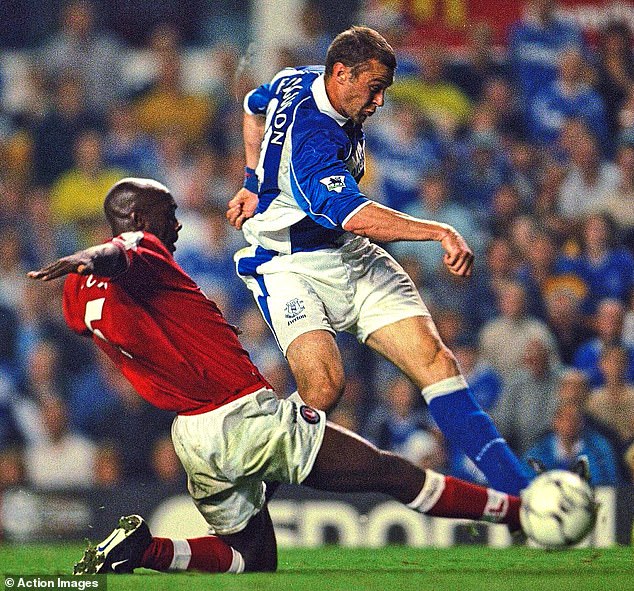 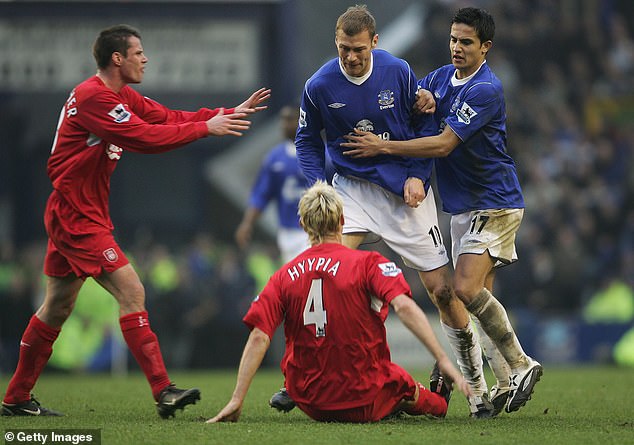 Lampard is popular, he doesn’t try to kid supporters when he speaks about situations and he’s building a bond with the Gwladys Street that is comparable to when David Moyes first arrived from Preston in March 2002.

He wants to build a winning, exciting team and it’s why he’s looking at youthful, energetic novices such as Armando Broja, Billy Gilmour and Morgan Gibbs-White to come in; Jesse Lingard is an option, also, as a free agent.

Everton require good players but what they need, as much as anything, is someone to become an icon and form a bond with the crowd in the way Ferguson did when he rammed home his first goal against Liverpool in November 1994.

Things remain difficult at Everton. The club are looking for voluntary redundancies at Finch Farm and good people, who made the place welcoming and warm, may lose their jobs due to something that the powers-that-be have described as ‘restructuring’. 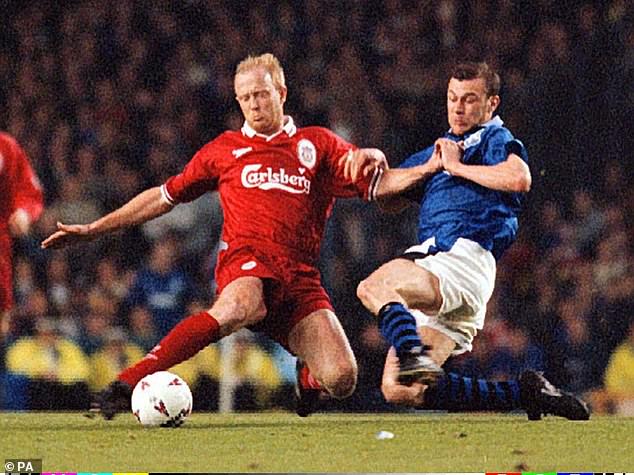 And he loved a tackle, pictured here competing for the ball with Liverpool’s Mark Wright 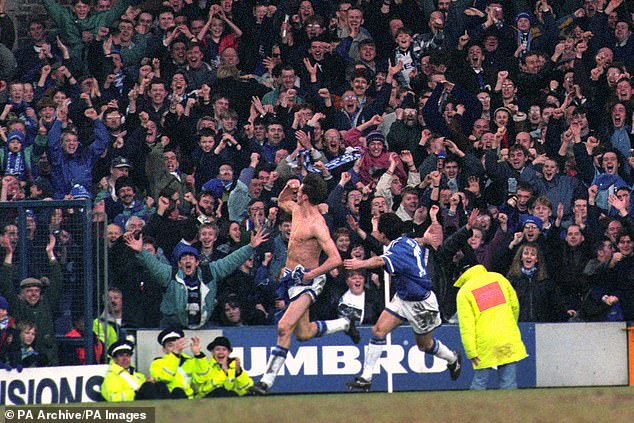 Ferguson’s departure is not linked but it only serves to emphasise how the landscape is changing and that the news came four days after Richarlison – the darling of last season with a number of critical goals – was sold to Tottenham makes it seem all the sharper.

The one thing football fans want to see at their club is a player with whom they can identify, someone who can lift them in difficult moments and embody their passion; Wayne Rooney, Tim Cahill and Mikel Arteta did that for Everton at varying times but nobody was more of a bridge than Ferguson.

So the search is now on. There is a vacancy to be Everton’s next hero: finding the right man will be one of Lampard and Director of Football Kevin Thelwell’s greatest challenges. 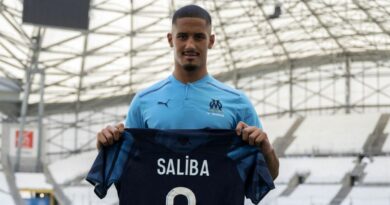 James Forrest: Celtic can get even better in pursuit of 10th consecutive title