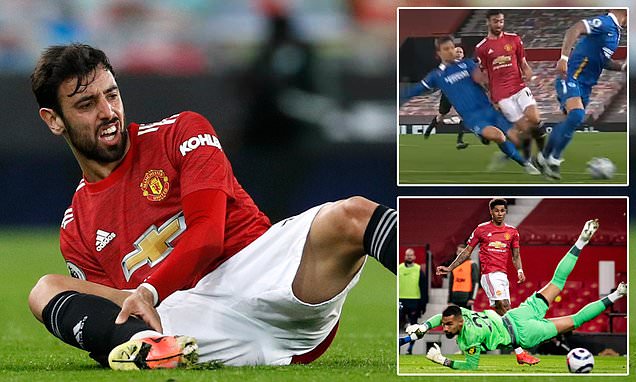 An infuriated Bruno Fernandes has claimed a late tackle from Joel Veltman in Manchester United’s win over Brighton ‘almost broke’ his ankle.

The United talisman was left prostrate on the turf after being clattered into by the defender – and looked visibly in pain as Marcus Rashford stroked home the leveller.

Both Edinson Cavani and Fernandes loudly voiced their anger to referee Mike Dean, but the latter was able to pick himself up and play a key role in the hosts’ victory. 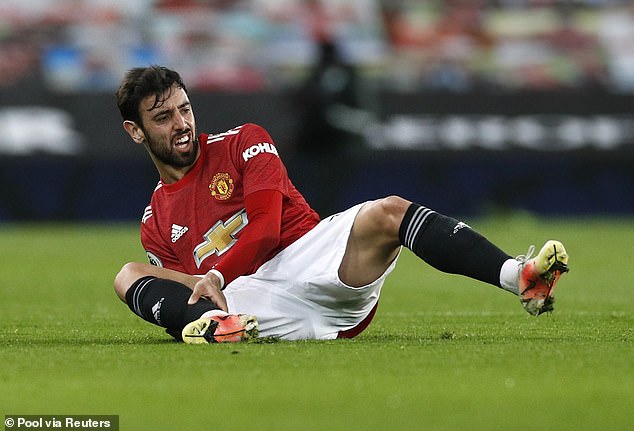 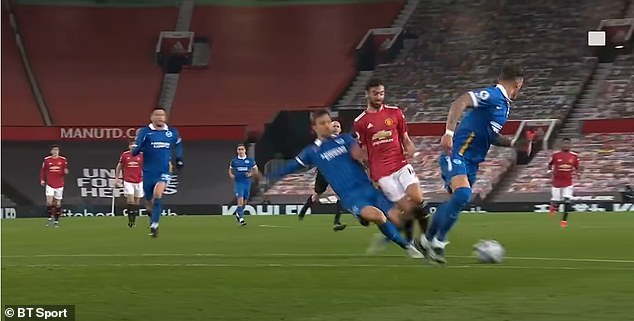 Fernandes picked up yet another assist for the goal that restored parity for United, having teed up Rashford on the left of the penalty area before the collision.

‘I didn’t see it because someone almost broke my ankle,’ Fernandes told MUTV.

‘But I’m happy for the team, I am happy for Marcus. It was a good effort because as everyone knows he has come back from injury and he’s helped us. 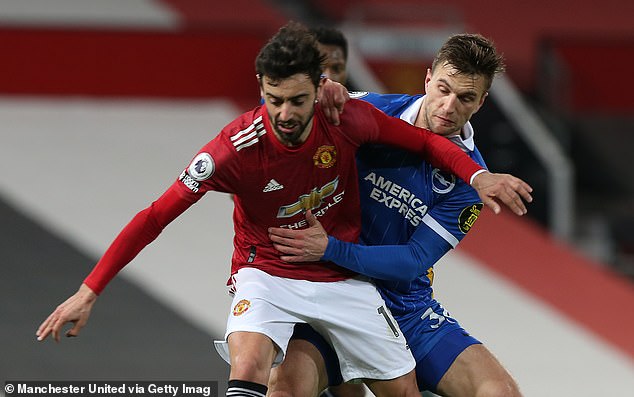 ‘This effort comes from everyone. The press for the first goal was good, it made them do the wrong ball and I recovered the ball and passed to Marcus and he scores.

‘Everyone is happy when we win and it doesn’t matter who scores.’

With Brighton gifting away possession, United broke forward in typically clinical fashion and presented Fernandes with the ball in a central area. 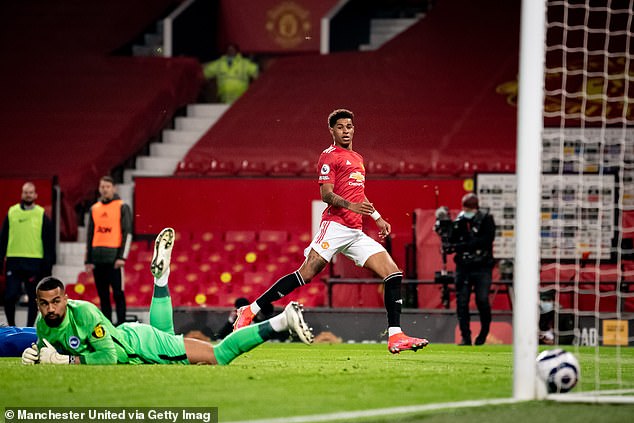 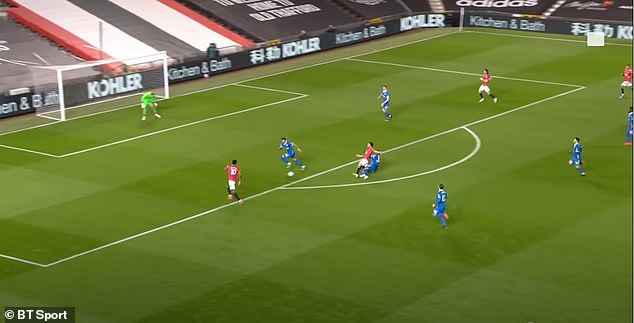 On the edge of the penalty area, Veltman can be seen sliding into Fernandes before the goal

The backline for the south coast outfit was caught out of shape, forcing Veltman, who has caught the eye since joining Ajax, throwing himself into the tackle.

Fernandes was scythed down after the heavy blow, to the anger of his team-mates, but Holland international Veltman avoiding a booking.

The frustration for United mounted soon after with Cavani cautioned instead for his fervent appeals. 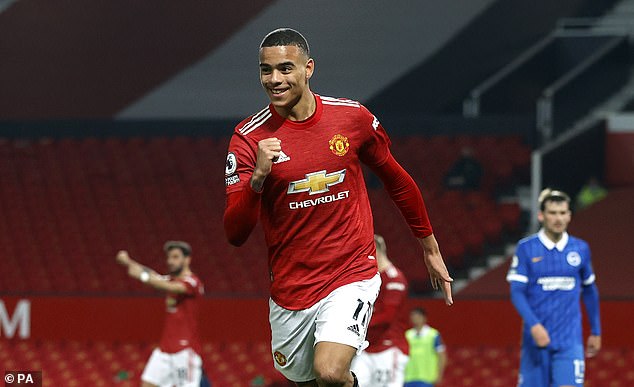 The nervy result for Ole Gunnar Solskjaer’s team moved them 11 points clear of fifth-placed Tottenham and tightened their grip on a Champions League spot.

It was far from a comfortable evening, however, with Brighton entering the interval in the lead after Danny Welbeck, an Old Trafford academy graduate, headed in.

United emerged from the break to mount a second-half turnaround with Rashford and Mason Greenwood on target.