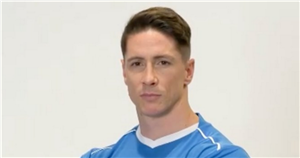 The former Premier League striker was known for his pace during his playing days, due to his slim figure.

But new photographs have emerged showing Torres has been using his post-retirement time to bulk up.

Advertising an 'AW8' shirt in the pictures, the Spaniard stood with his arms crossed, showing off his bulging biceps and wide shoulders.

And football fans flocked to social media to discuss Torres and his transformation since retiring 18 months ago following a spell in Japan.

"Looks like Fernando Torres has been using his time post-retirement to get swole," one wrote.

"Omo Its like Fernando Torres is getting younger and younger since he retired," said a third.

"Fernando Torres has beefed up a bit since retiring," a fourth noted.

"It seems like Fernando Torres has reached his “Boris needs to open the gyms” phase," joked another.

Torres has hung up his boots and is now coaching at his beloved Atletico Madrid, taking charge of the B team.

The striker is known in England for his exploits with both Liverpool and Chelsea.

And Torres admits he looks back on his time at Liverpool with much happier memories, waxing lyrical about the club’s “family” structure.

"Liverpool was the peak of my career. I arrived in a new city and didn't speak English," the 36-year-old told talkSPORT.

"Everybody liked me so much from the first day. I spent three and half years with the club. Only happy times, scored goals and won the European Championship with Spain. "The relationship with fans and players was similar to Atletico Madrid. The players and supporters are really close and this is what I needed.

"I was ready when I left, though. When I left Atletico it was with the target of winning trophies. It was a difficult situation for the structure of the club at Liverpool.

"They were about to be sold. They needed five or six years to create that winning team. I didn't have that time.

"Liverpool was a huge club, though. But inside it was like a small family. From the workers and gardeners and the cooks. You could meet them every day.

"Chelsea was a huge structure and it was a bit more cold. It was still being built and everything was new." 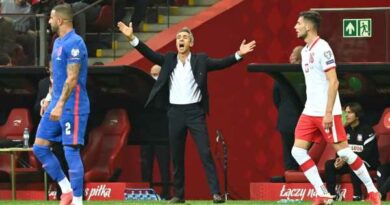