Home » Soccer » FIFA 22 release date, cost, new features, editions: A guide to everything you need to know in 2021 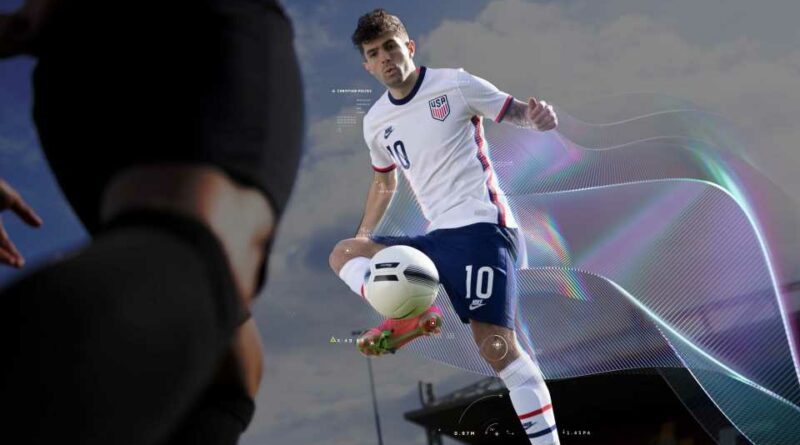 It’s that special time of the year for the millions of gamers around the world who make the EA Sports FIFA video game an annual tradition. The newest edition of the franchise, FIFA 22, is set to drop and many have already tried their hand at the game ahead of its worldwide release.

Not caught up just yet on everything FIFA this year? This handy guide share everything you need to know before shelling out the cash for the new game.

Jump to a specific section:

The FIFA 22 global release for all consoles takes place on Friday, Oct. 1, 2021 for following the trend of every FIFA edition since FIFA Football 2003 released either in the last week of September or the first week of October.

The game has been available since Monday, September 27 to those who pre-order the Ultimate Edition.

FIFA 22 will be released on next-gen consoles PlayStation 5, Xbox Series X/S, as well as Windows, PlayStation 4, Xbox One, Nintendo Switch and Google Stadia.

The Ultimate Edition of the game is priced at $99.99. This is a special version of the game which has additional content such as extra packs, kits, items and players for FIFA Ultimate Team and Volta. For that reason, it’s more expensive than the standard edition and available in both physical copy and download version.

The Champions Edition of the game was discontinued for FIFA 22.

There are two editions of FIFA 22 available to purchase: Standard and Ultimate Edition. You get additional perks with Ultimate Edition, hence the more expensive price point.

As usual, the ratings are released before the game and Lionel Messi (PSG) is once again the best player in FIFA 22 with EA Sports confirming that he has a rating of 93 in the new game.

Bayern Munich forward Robert Lewandowski is the second highest-rated player in FIFA 22 with a rating of 92 and he is followed by Cristiano Ronaldo (Manchester United), Kylian Mbappe (PSG), Neymar (PSG), Jan Oblak (Atletico Madrid) and Kevin De Bruyne (Manchester City), who are all rated 91.

The PlayStation 5 and Xbox Series X/S versions of FIFA 22 include the new HyperMotion gameplay technology which makes the game more dynamic and lifelike than ever before. Using match capture data of pro players in a high intensity, 11-vs-11 match on a full-size field, the technology can now make player and ball movements look more real-life (but only on next-gen platforms).

The real-life theme continues to show up in a number of other gameplay features: tactical AI that allows players to take up better positions, kinetic air battles, composed ball control, true-ball physics, and increased humanization. There are also four new skill moves, an Explosive Sprint, and a goalkeeper revamp that will give a different feel to the game.

There will be significant changes in Manager Career and Player Career. There’s now a Create Your Club in Manager Career, which allows you to add a customized club to the database, and you get to come up with that club’s identity (name, crest, kit, stadium), league assignment and transfer budget. Player Career has added Manager Ratings and Match Objectives to help you impress the boss. New cinematic sequences and expanded stories are also part of the new edition.

A new card type called FUT Heroes has been added consisting of former players who made a major impact at club and international level, adding a new dynamic to squad building in FIFA Ultimate Team. While ICONs can be added to any team, FUT Heroes are each assigned to a league, so they will have a strong chemistry link with all other players from that league.

In addition to FUT Heroes, there is a new seasonal progression for Division Rivals and a new structure to FUT Champions and FUT Champions Finals.

FIFA’s street football mode Volta receives a major overhaul for FIFA 22 with a bigger focus on skill moves and flair. The Skill Meter bar amplifies goals, the Skill Tree is revamped, and there are now eight new mini-games in the Volta Arcade.

Female pros can now be created in FIFA 22 in the Pro Clubs game mode. And with the improvements to Player Growth, gamers can develop their virtual player exactly as desired, choosing what style to play and how the player grows during the Pro Clubs career. Player Archetypes and Player Perks will also be part of the new game.

After Juventus (known in FIFA 22 as Piemonte Calcio), EA Sports has lost more licenses to Pro Evolution Soccer (PES) in recent years, including Serie A sides Atalanta, Napoli and Roma. New teams in the game include APOEL (Cyprus), Ferencvaros (Hungary), Welsh side Wrexham — now owned by Hollywood actors Ryan Reynolds and Rob McElhenney — and Hajduk Split (Croatia). The Europa Conference League competition, which is new this year, also makes it into the game.

Kylian Mbappe is the cover star of FIFA 22. The France and Paris Saint-Germain star was the face of FIFA 21 and will continue in that role with the new edition:

Mbappe’s selection made him the first player to repeat as a cover athlete since Cristiano Ronaldo, who fronted both FIFA 18 and FIFA 19. Virgil van Dijk, Neymar, Kevin De Bruyne, Paulo Dybala and Eden Hazard were also recently on the cover of EA’s annual game.

Prior to that, Marco Reus’s FIFA 17 selection came in between periods of Lionel Messi and Ronaldo dominance, with Messi serving as cover athlete of FIFA 13 to FIFA 16, sharing the honours on FIFA 15 with Hazard.

Wayne Rooney also sustained period of dominance when it comes to the FIFA cover, sharing the honours every year from FIFA 06-12 on the worldwide editions.

What consoles is FIFA 22 on?

FIFA 22 will be released on next-gen consoles PlayStation 5, Xbox Series X/S, as well as Windows, PlayStation 4 and Xbox One.

EA Sports had a Dual Entitlement offer for FIFA 21 which allowed users to upgrade their PS4 copy to PS5 or Xbox One copy to Xbox Series X/S at no additional cost. This offer is back for FIFA 22 since many gamers may purchase the game before getting a new console as a present during the 2021 holiday period. However, the Dual Entitlement offer is only available to people who have pre-ordered the Ultimate Edition.

The Nintendo Switch version of FIFA in recent years has been a squad update rather than a new game and that’s again the case with the FIFA 22 Legacy Edition. It will feature the latest kits, clubs, and squads along with an updated visual identity, but gameplay features and modes will carry over from FIFA 21 without new enhancements.

Google Stadia, which was launched in 2019, did not have FIFA 20, but FIFA 21 was available to play on the new platform. This will continue for FIFA 22.

Like the previous edition, FIFA 22 will not support cross-platform play.

Also, EA Sports says gamers will be able to match up with and against other players based on the version of FIFA 22 they are playing. In short, PS4 and PS5 users can only match in online games if they are both using the PS4 version of the game, with the same applying between Xbox One and Xbox Series X|S gamers.

How to play FIFA 22 early

There are a number of ways in which you can play FIFA 22 early, ahead of the official release date on October 1, 2021.

One way of playing FIFA 22 before the release date is by signing up to EA Play — a service which allows subscribers a 10-hour preview trial. The EA Play early access trial was available beginning September 22, 2021 — 10 days before the official launch day.

Available on PlayStation, Xbox and Windows devices, the price of an EA Play subscription is $4.99 a month or $29.99 for an annual subscription.

As well as being able to play FIFA 22 early, subscribers to EA Play receive a number of other perks related to other EA game titles, with a library of free games and discounts available. You can learn more about EA Play on the official website.

To pre-order FIFA 22 Ultimate Edition, you can do so via the official EA Sports website.

FIFA 22 gamers can start building their Ultimate Team early using the FUT 22 Web App or the Companion App. The FIFA 22 Web App can be accessed on a laptop, computer or other device by visiting the official EA Sports website through any internet browser. The Companion App can also be downloaded for free on iOS and Android mobile devices (smartphone or tablet) on the App Store or Google Play.

The FIFA 22 Web App is an online application that allows FIFA 22 gamers to make edits to their Ultimate Team club in lieu of their Xbox or PlayStation console. Web App or Companion App users are able to manage their squads, buy packs in the store and monitor the transfer market. It is also possible to partake in squad-building challenges.

One caveat: It is not possible to play matches through the Web App or Companion App, but much of the game mode’s key administrative activities are available.