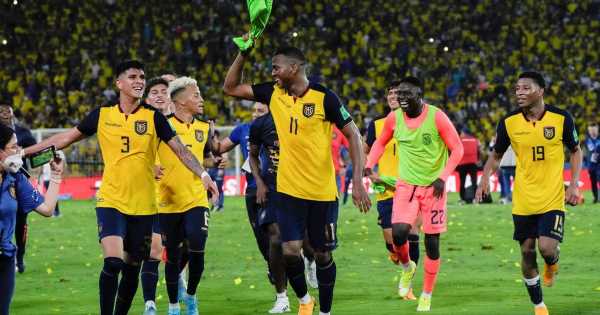 FIFA have announced their verdict on Ecuador's place at the World Cup after Chile's bid to have them thrown out of the tournament.

The Chilean FA had aimed to take their place at the tournament after claiming to have documents which proved right-back Byron Castillo was in fact Colombian and not eligible to play for Ecuador. Castillo played eight times for Ecuador during qualifying, but Chile presented evidence which included a Colombian birth certificate and a leaked audio recording with matching birth details.

However, FIFA's appeals committee have rejected their appeal and announced that Ecuador will keep their place at the World Cup.

In a statement, FIFA confirmed: “Having analysed the submissions of all parties and after a hearing had been conducted, the Appeal Committee confirmed the decision of the Disciplinary Committee to close the proceedings initiated against the FEF (Ecuador Football Association).

“Amongst other considerations, it deemed that on the basis of the documents presented, the player was to be considered as holding permanent Ecuadorian nationality in accordance with art. 5 par. 1 of the FIFA Regulations Governing the Application of the Statutes.”

As a result of the verdict, Ecuador remain set to face host nation Qatar in the opening match of the World Cup on November 20.

However, Chile do still have the option of taking the case to the Court of Arbitration for Sport, despite the tournament getting underway in just over nine weeks time.

Who will win the 2022 FIFA World Cup? Let us know in the comments section below.

FIFA's ruling comes despite Chile's hopes appearing to have been boosted after Castillo failed to attend the FIFA Appeal Commission's hearing into his nationality.

The 23-year-old was reportedly not willing to allow judges to cross-examine him, with officials from the Ecuadorian FA arguing his case instead.

Eight of Castillo's 10 caps for Ecuador came during qualifying and he played the full 90 minutes as his side won away to Chile in November last year.

Ecuador finished fourth in South American qualifying to claim the final automatic spot at the World Cup. Meanwhile, Chile missed out on going to Qatar after finishing in seventh.