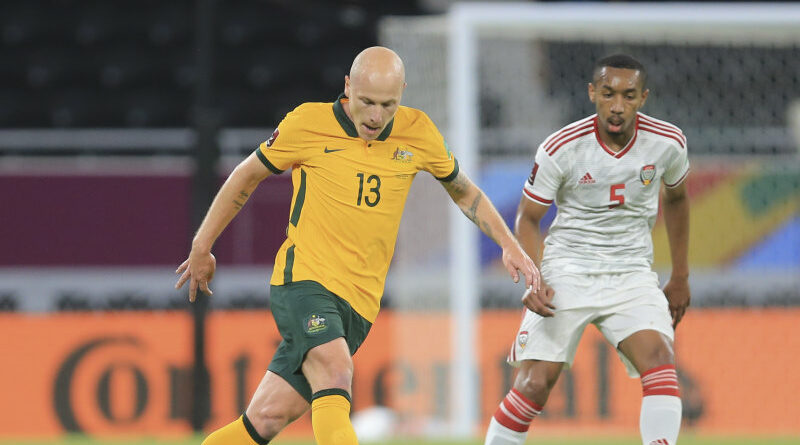 This game has settled into a predictable rhythm with Australia having the most possession but UAE looking to hit them on the break. Neither side is playing with particular fluency at this stage – perhaps understandable given the stakes. Martin Boyle showed with that early run that he can get at the defence, but Australia needs to be wary of the UAE counter, which has found space on a couple of occasions.

What a difference Aaron Mooy makes. Having missed the last two qualifiers against Japan and Saudi Arabia, Mooy has been class in the midfield, the highlight of Australia in possession, certainly making up for his teammates’ lack of fluidity.

Cautious approach from both sides

Both teams are paying one another a little bit too much respect, certainly from the neutral’s perspective. Neither have created any breakthrough while there is a sense of caution among both the Socceroos and the UAE.

Both sides sit back as soon as the other gains a foothold on possession, eager not to allow any space in behind. If there isn’t a circuit breaker soon, we could be in for a long match, few chances and even fewer goals.

UAE have the crowd

The neutral venue of Doha looks a little more like a home crowd for the UAE. The sideline is bustling with fans wearing the traditional Thawb of the UAE (and other Gulf nations) while their distinct, loud, rhythmical chanting erupts with every small spell of possession for the Emiratis. Australia must be thankful this isn’t being played in Abu Dhabi or Dubai but they aren’t the crowd favourites this morning in Doha.

Australia in control so far

Promising start this for the Socceroos. Lively in attack, plenty of direct running and aggressive movement. Boyle showing he is not afraid of taking on defenders. UAE playing as expected, sitting deep and looking to hit on the counter. Behich and Atkinson, the two full backs, will have to be wary although they are going to push forward in support of the attack.

UAE on the backfoot

A great chance for the Socceroos with Jackson Irvine fouled on the edge of the area by Khalifa Al Hammadi. A poor challenge from behind, probably deserving of a yellow, but gifts Craig Goodwin a set piece. He whips it in well from a similar angle he provided a goal in last week’s friendly against Jordan, but it’s palmed away comfortably by goalkeeper Khalid Eisa.

SOcceroos have the UAE on the backfoot early.

The players out on the pitch

We’ve just had the anthems, the teams go into one last huddle and we are now underway. The Socceroos are just one game away from either an early exit, or reaching the intercontinental play-off against Peru.

Abdulrahman on the bench

Big news out of the UAE camp is star playmaker Omar Abdulrahman is not out on the field. He’s on the bench, where he’ll be used as an impact in the later stages of this match to try and unlock the Australian defence. That is a huge shock considering he is widely regarded as one of the UAE’s best ever players.

The big news from the Socceroos team sheet is Trent Sainsbury is out of the play-off due to a small knee problem. It means Australia’s hopes rest on a defensive pairing that had never been used together in this qualifying campaign with Bailey Wright and Kye Rowles the two centrebacks.

Aaron Mooy will start despite his lack of game time while Matt Leckie looks to be the striking option.

It’s crunch time for the Socceroos

Good morning and welcome to the Sydney Morning Herald and The Age coverage of the Socceroos World Cup qualifying play-off against the UAE.

This is the do-or-die clash of the two third best teams from the Asian groups with the winner of this morning’s game to progress to the intercontinental and final play-off against Peru, with the loser eliminated.

The match is played in the neutral venue of Doha, Qatar and is a single-leg match, meaning extra-time, penalties will be used if required. 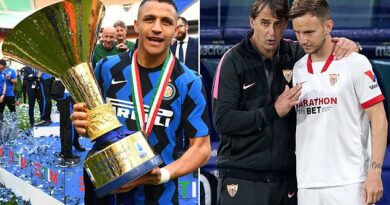 Tottenham vs Inter Milan, Champions League: Prediction, what time, what channel, how to stream online, team news, odds and more