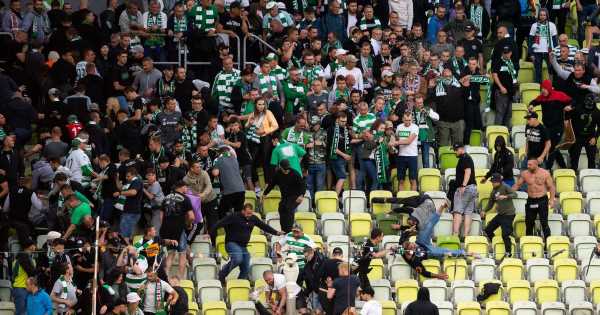 A Europa Conference League qualifying match descended into chaos after only seven minutes with the referee forced to stop play for half an hour.

Belgian referee Nicolas Laforge halted the first qualifying round clash between Lechia Gdansk and Akademija Pandev in Poland on Thursday night (July 7) after spotting scrapping in the stands.

Those responsible were warned over the stadium tannoy that the game would be abandoned if the violent scenes didn't stop, which would've handed their North Macedonian opponents a walkover.

With the altercations subsiding the hosts ran out 4-1 winners thanks to Flavio Paixao's treble and a strike from Lukasz Zwolinski, which puts them in a commanding position ahead of the second leg against the side founded by and named after Inter Milan and North Macedonia legend Goran Pandev.

A statement from Lechia Gdansk, who claim some of those responsible have already been reprimanded, said: "As we have seen, a group of hooligans interrupted the football spectacle for all the real fans in Gdansk.

"We would like to unequivocally condemn such behaviour. This is absolutely unacceptable for us.

Should football hooligans be banned for life? Give us your thoughts in the comments section below.

"Our entire team, the club – many people have been working for many weeks so that today the fans can see from the stands the first match in several years and Lechia's victory in European cups.

"Unfortunately, instead of experiencing this meeting together with Lechia's fans, we witnessed unacceptable behaviour.

"We know that the authorities have already taken action, secured monitoring, and the first of the perpetrators have been identified and detained.

"The referee and delegate decided that the meeting would resume. We do not know what consequences this situation will end for the club.

"We are simply very sorry that a group of hooligans tried to ruin the match for almost 15,000 people in the stands.

"There is no and never will be consent to such behaviour at the Gdansk stadium!" 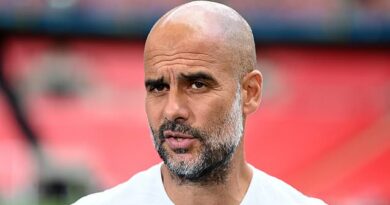