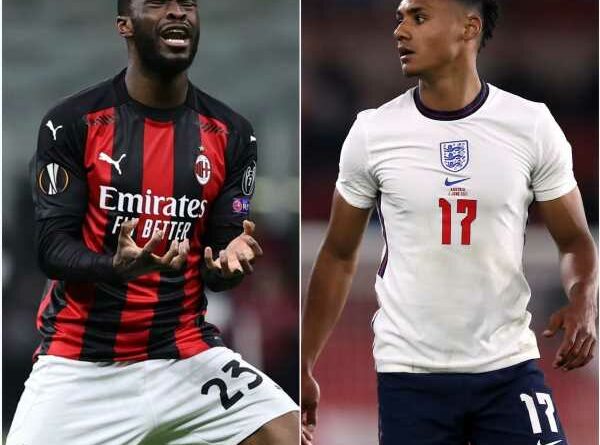 Fikayo Tomori, Ollie Watkins and Aaron Ramsdale returned to the England squad as Harry Maguire and Trent Alexander-Arnold missed the World Cup qualifiers against Andorra and Hungary through injury.

The Three Lions sit top of Group I heading into the penultimate international camp of the year, with manager Gareth Southgate naming a 23-man selection for the double-header.

AC Milan defender Tomori has been included in the squad nearly two years on from winning his first and only cap in Kosovo – the Three Lions’ final match before the pandemic led football to shut down.

Watkins returns for the first time since being cut from the provisional Euro 2020 squad, with uncapped Ramsdale back having been brought into the squad that reached the final following an injury to Dean Henderson.

Maguire and Alexander-Arnold dropped out of the group for next month’s internationals through injury while Patrick Bamford, Nick Pope and Jude Bellingham also missed out.

Phil Foden returned after missing the September triple-header through a foot complaint, but Mason Greenwood was again conspicuous by his absence.