Home » Soccer » Filippo Giovagnoli: Why is Dundalk manager not allowed in the dugout against Arsenal? 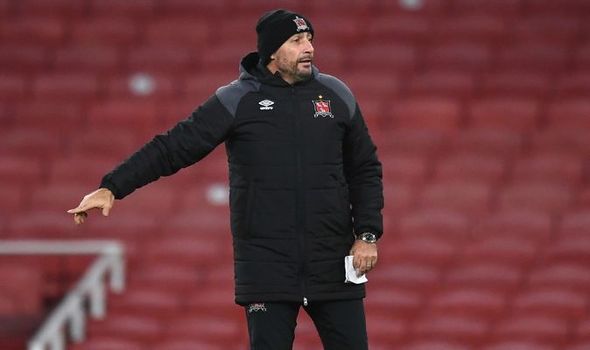 Dundalk manager Filippo Giovagnoli sets up his team to face Arsenal in the Europa League tonight. The League of Ireland side were narrowly beaten by Molde in Group B last week, but they are now gearing up for one of the biggest fixtures in their history. This will also be Arsenal’s first competitive match against an Irish club.

However, Giovagnoli won’t be in the dugout for the European clash.

Why is Filippo Giovagnoli not allowed in the dugout?

The Dundalk manager does not hold a UEFA Pro License and will therefore have to watch the game from the stands.

His assistant Giuseppe Rossi is also without the requisite UEFA qualification.

Analyst Shane Keegan will be the man in the dugout for Dundalk this evening. 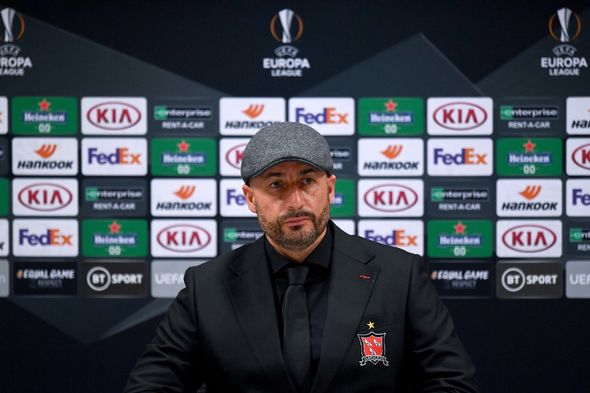 Giovagnoli had a modest playing career as a defender in Italy’s Serie C.

He worked at AC Milan summer camps and later as director of coaching at New York’s Metropolitan Oval.

The 49-year-old was appointed Dundalk manager in August, his first senior managerial position.

“It came as a big surprise, it was a really short-notice thing,” Giovagnoli told the Guardian.

He added: “We arrived and there was a lot of scepticism because nobody knew us. 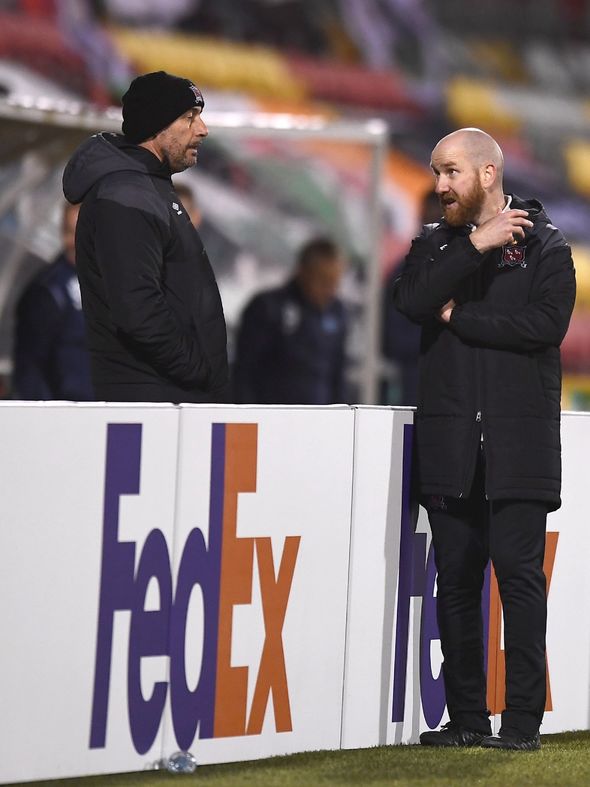 “It wasn’t a good welcome, without a doubt. We were being killed by journalists, fans, people on social media.

“Some of them weren’t respectful; they didn’t know us at all but still made jokes.

Arsenal boss Mikel Arteta is also in his first senior managerial role and Giovagnoli hopes to replicate his approach.

“Listen, Mikel Arteta is an inspiration for us,” said the Italian coach. 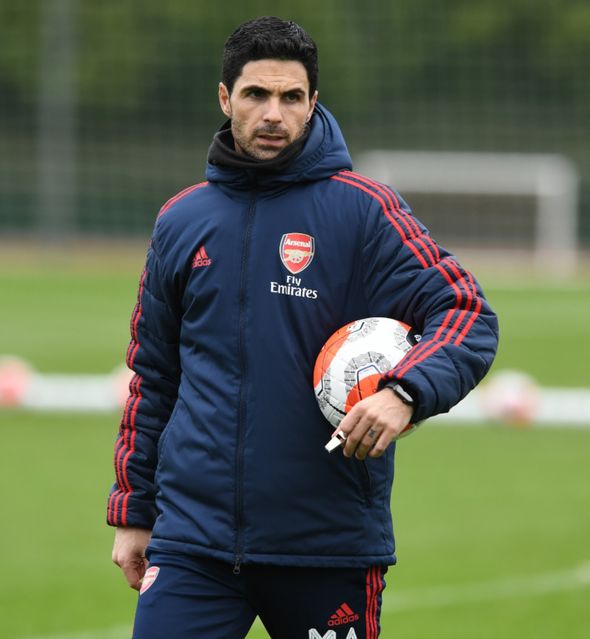 “The style he wants to implement at Arsenal is completely an inspiration for us, trust me.

“The way they want to build up, they did it even against Liverpool and they are one of the teams that press better in the world, they didn’t care and built up from the goalkeeper.

“It is an attacking style but a true principle of building up and it is amazing. What they try to apply is amazing.

“You can see what he wants to do, of course it is going to take time to consolidate the style he wants to apply but he is going in the right way to do it.”

Arteta has been full of praise for his counterpart ahead of their Europa League clash.

The Arsenal manager admits he has been reading up on Giovagnoli to learn more about his story.

“Linking different backgrounds and different countries into that history is a good one to hear.

“Straight away, he said that he could feel that the players believed in what they were doing which is everything that a coach wants. I think they have created a really good chemistry. It’s big merit to them for the work they are doing.”

Messi told he "has no passion" and Ronaldo is more like Maradona
We and our partners use cookies on this site to improve our service, perform analytics, personalize advertising, measure advertising performance, and remember website preferences.Ok