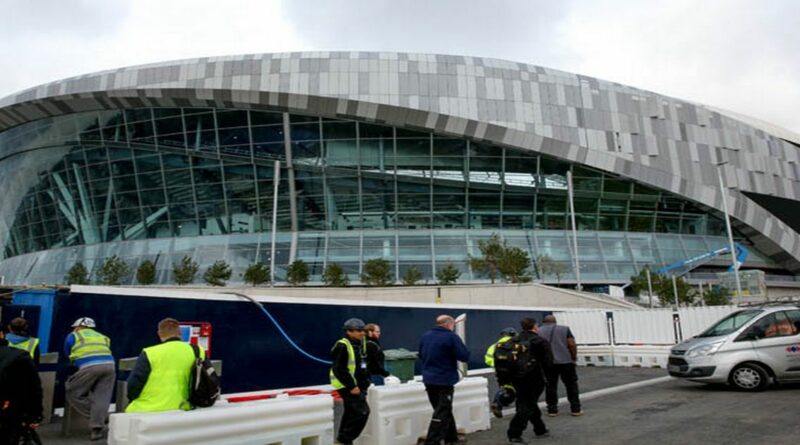 Three hundred people were evacuated from the Tottenham Hotspur Stadium on Thursday morning after a fire broke out.

Fire fighters were called at 10am and soon rushed to the scene to tackle the blaze, which appears to have put out safely.

The Sun say it took roughly one hour to get the flames under control, however.

Spurs are yet to release a statement on the matter but it is suggested the extent of the damage is a sole air compressor.

The new stadium, which Tottenham only moved into in 2019, is a nine-story building and is currently being used as a Covid-19 vaccine centre.

It is unclear how many people were in the building at the time of the incident.

The Fire Brigade was called at 10:01, with two engines immediately being dispatched to the scene.

Tottenham aren't due to play at the stadium until later this month, with their first match after the international break taking place away to Crystal Palace at Selhurst Park.

Spurs then welcome Chelsea to their new venue on September 19.

The stadium, situated in north London, is one of the more lavish grounds in the Premier League.

Costing a small fortune, the new ground was built to ensure Spurs stay part of the big six in the top flight.

“When I took over the club, Tottenham was not a club that was a regular European challenger,” chairman Daniel Levy said after the opening two years ago.

“Clearly, we are now and my dream is obviously to win. We want to win, and winning is both on the pitch and off the pitch, so we are going to keep going until we get both right.

“Everyone has different definitions of what is the best. In terms of the infrastructure, with the stadium and the training ground we are probably up there with the best. It’s up to other people to say if we are the best.

"As far as revenue standards, we will be in the top 10 clubs in the world. Can we do better? Absolutely, but in football it is not just about one person.”