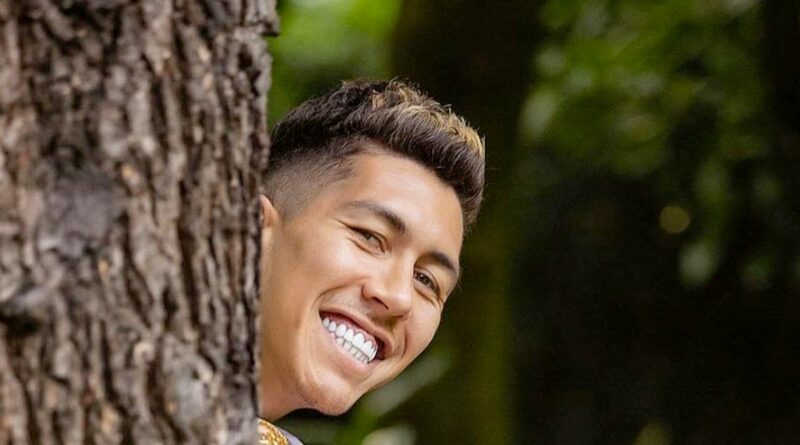 The wife of Roberto Firmino has posted a hilarious pregnant snap that shows the Liverpool centre-forward expecting a baby.

Firmino and his other half Larissa revealed in May that they were set to welcome their third child into the world.

Blonde bombshell Larissa has since been posting images of her scans and baby bump as the due date moves ever closer.

In her latest update, the stunning fashion model uploaded series of snaps of herself and Firmino with their two children.

So far so cute, but in one of the pictures, it's the Liverpool star who appears to be pregnant, not wife Larissa.

Using some clever camera trickery, Firmino's head appears on the body of his wife, whose own head cannot be seen.

The hilarious snap went down a storm on Larissa's Instagram account, attracting over 87,000 likes and countless comments.

Firmino himself replied: "Hahaha My Jesus" – with fire, love heart, hands and prayer emojis alongside.

Can Liverpool win the Premier League this season? Let us know in the comments section.

Aine Coutinho, who married ex-Reds forward Philippe Coutinho in 2012, added: "Beautiful family! But the best is Bella with her hand on her stomach! hahahaha love people."

The image itself carried the caption: "I am so happy with you guys! Taste and see how good the Lord is. How happy is the man who takes refuge in it! Psalm 34:8."

Larissa might be married to Liverpool ace Firmino, but she is successful in her own right having founded fashion brand BeValen Store.

She has become a huge hit on social media since meeting the Reds star in 2014, accruing over 536,000 Instagram followers.

They tied the knot in 2018 at a lavish ceremony in Maceio, Brazil, with Coutinho, who played with Firmino at Liverpool, the best man at the ceremony.

The loved up couple have two daughters together called Valentina and Bella and are expecting their third child soon.

Larissa posted a scan of their new baby on Instagram four weeks ago with the caption: "For you formed my interior, you weaved me in my mother's womb.

"I thank you, seeing that you have so wonderfully formed me; your works are admirable, and my soul knows it very well.” Psalm 139:13-14."