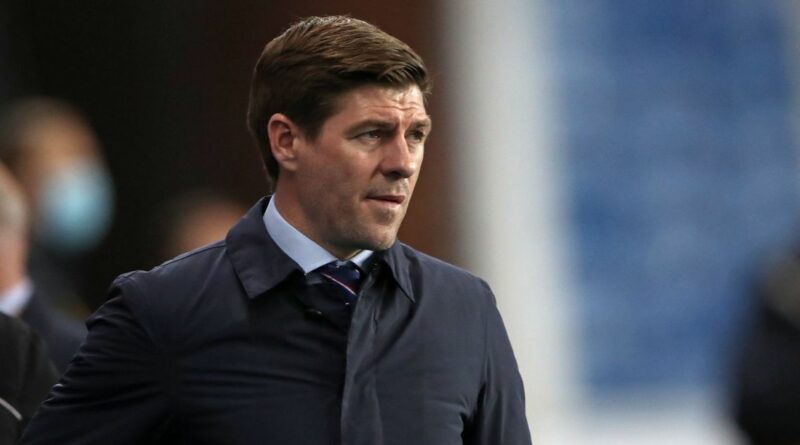 Steven Gerrard could take a handful of Liverpool players with him to Everton, should he decide to take the job.

The Rangers boss has been linked with a move to Goodson Park to replace Carlo Ancelotti, who was hired by Real Madrid this week.

Several candidates have been touted to take over, including Graham Potter and Eddie Howe, but the name of Gerrard has alerted everyone – particularly Liverpool fans.

A bona fide legend of the club could never take the reins of their biggest rivals – could he?

Stranger things have happened in football and Gerrard could have an eye on Anfield to bring in reinforcements.

The arrival of Ibrahima Konate has been brought in to bolster Jurgen Klopp's backline which has struggled with injury.

It means Phillips may return to his role as a squad role but after impressing during his time, a transfer away could be best for all parties.

The same can be said of Rhys Williams, though a loan would be more likely for the 20-year-old.

Having worked as a youth coach prior to taking over as Rangers boss, Gerrard will know about the two young centre-backs.

Either of them could join up with the former midfielder at Everton, having come up through the academy at Liverpool.

One area that Gerrard will know well is in midfield and that is somewhere Everton will want to bolster amid the uncertainty surrounding Allan and James Rodriguez.

Both signed for the Toffees because of Ancelotti and his departure will surely have them thinking about their futures.

Grujic was Klopp's first signing at Liverpool but has failed to make much of an impression at Anfield.

After a season on loan to Porto and aged 25, the Serbia international is at a crossroads in his career this summer.

Everton could be the ideal destination for the midfielder, who would be more assured of a first-team spot.

Who should Everton hire as their manager? Comment below.

Apart from Georginio Wijnaldum, Adrian is the only other player who will see his contract expire this summer.

The Spaniard has lost his back-up goalkeeper role to Caoimhin Kelleher after a handful of shaky performances when standing in for Alisson.

Now aged 34, a return to Spain would be most likely but Everton are in need of a player to fulfil the same role.

Robin Olsen will return to AS Roma this summer when his loan expires and the only other goalkeeper on their books is the inexperienced Joao Virginia.

Liverpool fans would likely not begrudge the sight of Adrian at Goodison Park, with many preferring to see the back of him.

It has been a tough start to Minamino's career since signing from RB Salzburg in 2019.

With Klopp blessed with so much attacking talent, the Japan international has found it hard breaking into the first-team and was sent on loan to Southampton in January.

And while he had not set the place alight, there was more of an indication that there is a real talent there.

Another loan spell this summer has been mooted and Everton could be the ideal destination.

Bernard has fallen out of favour while Gylfi Sigurdsson does not possess much pace, meaning Minamino could offer the Toffees a different attacking outlet.