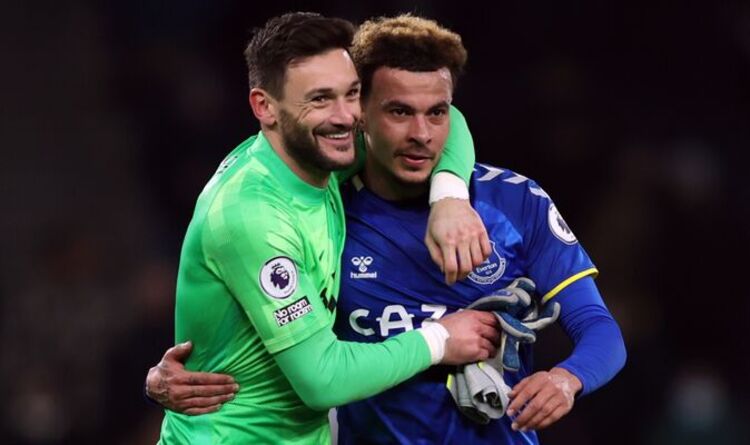 Dele Alli’s career could not have gone further downhill since his appearance in the 2019 Champions League final against Liverpool. A boy with the world at his feet, Alli was billed as one of the continent’s most promising youngsters upon his emergence at Tottenham. But just nine Premier League goals in 56 appearances since have seen his career spiral. Having been told to move to the Championship to rekindle his career by Darren Bent, Express Sport takes a look at five other stars who suffered a similar fate before finding their best in the country’s second-tier.

Taarabt has been dubbed by many as the greatest player to ever grace the Championship in terms of skill, influence and just how much better he was than anyone else in the division at the time whilst he played for Queens Park Rangers.

Having failed to make an influence in the Premier League at Tottenham, he was then loaned to QPR for a season-and-a-half before signing permanently.

His 2010-11 season will go down in history as his skill, technique and contributions saw him score 19 goals and register 21 assists in just 44 games.

And having forged a decent career at AC Milan and Benfica since, the Moroccan will acknowledge his time at Loftus Road as the era that kick started his career.

Opinion is always divided on Mitrovic as a striker who works wonders in the Championship but can never quite cut it in the Premier League.

But 35 goals in 35 Championship games this season has seen the Serbian star decimate the 30-goal record set by Ivan Toney in the last campaign, which he broke back in the 2-1 win over Peterborough back in February.

Next season will likely show the real benefit the Championship has on international strikers plying their trade in the second-tier to rekindle their form once Fulham are inevitably promoted.

The Premier League’s first £100million footballer learned his trade in the grassroots fields of Birmingham, played in the Premier League as a youngster, yet ultimately fell short of making a mark in his first stint there.

The Solihull-born star holds the record of the most consecutive games lost in a row for a single player in Premier League history, with the bulk of the 20 coming in the 2015-16 season that saw Aston Villa relegated from the top-flight.

However, by gaining valuable experience in the second tier, Grealish came back a different player in Villa’s current Premier League stint – and his superb form saw him earn England call-ups alongside becoming the first nine-figure player in English history.

Keane was an unfortunate victim of the chopping and changing of managers directly after Sir Alex Ferguson’s 26-year tenure as Manchester United boss came to an end.

He subsequently joined Burnley on a permanent transfer in January 2015, although the Clarets tasted relegation from the Premier League that season.

However, a stellar season in the Championship saw him named in the division’s team of the year, and he carried that form into the Premier League in 2016-17 to earn an England call-up and a £25m move to Everton, for whom he has played almost 200 games since.

Loan spells at Plymouth, QPR, Charlton, Crystal Palace and Birmingham in the Championship alongside a Premier League loan spell at Wigan didn’t work out for the Bath-born star.

He ultimately joined Swansea on a permanent deal in 2010, where he excelled in the second tier before a move to Manchester City ensued in 2012.

And his career blossomed from there, with 50 top-flight appearances before becoming Celtic’s star talent for three years where he picked up a ‘treble treble’.

Premier League, LIVE – Leicester vs Burnley plus scores and updates