Phil Foden did brilliantly for England but he won’t play at the Euros if he isn’t getting in the Manchester City team.

Unless he starts getting in the City team on a regular basis, I don’t see how he even goes to the Euros to be honest – and it has to happen soon or he is going to miss the boat.

If you’re not playing regularly for your club, you shouldn’t be in the England squad. That’s how it always used to be and that’s how it should be now too.

He got in this time because Raheem Sterling and Marcus Rashford were both out. What happens when they’re back?

Jack Grealish and Mason Mount are probably ahead of Foden in the pecking order as well, and they play every week. And then there's Jadon Sancho and Mason Greenwood!

Foden has only started four games in the Premier League this season. In City's last two games, he played for nine minutes.

Why isn’t he playing? Only Pep Guardiola can answer that question. But that is a top manager telling you something right there.

Foden suits their game to a tee. He is perfect for City. Ticks every box for the way Pep plays. But he still can't get in.

I think Foden has a long way to go to get to the Euros. If he was at Liverpool, I don;t think he would be starting for them.

Their midfield three is so efficient and very underrated. They’re a machine and they make everything else tick.

And Liverpool’s front three is set, plus they have Diogo Jota now as well. To be honest, I don’t think Foden even gets into the Chelsea team right now.

You can’t judge people on the Iceland game. No disrespect to Iceland, but they lost every game in the Nations League, got relegated, and had already sent players home.

He’s playing against players so far inferior to him there. Plus they only had ten men when he scored his goals. Come on.

Gareth Southgate knows. It’s when you play the big boys that it counts. I think Foden has got his work cut out. I really do.

It’s all about timing. You want to be ripping it up in March or you’re not going to the Euros.

So if he’s in the City team by then and playing well he will have a chance. Otherwise there are probably too many people ahead of him.

I’ve always said Jack Grealish is different class, and people are just now starting to see it. He is the most talented English player for a long long time.

For me, if he stays fit, he has to play at the Euros. If you want to win tournaments you need an X-factor and he is it.

But if you play Grealish, then either Sterling or Rashford miss out – and Rashford could easily score 25 goals this season.

Sterling has already earned the right to be there. He’s performed in big games and scored lots of goals at club level.

He gives you something no-one else in the squad can – blistering pace. Foden’s not getting in the team ahead of those three, is he?

And you have to play three at the back because we’re not good enough defensively otherwise, and that takes away one of your attacking players.

Southgate obviously loves Mount as well. But he’s not certain to go to the Euros either. If you lose your place at Chelsea, you’re not guaranteed to get it back.

And that could easily happen with the amount of talent they have this season. So both of them still have it all to do.

Liverpool will struggle to stop Vardy

Jamie Vardy is going to have fun against Liverpool this weekend. I don’t see how they can stop him.

Take Virgil Van Dijk and Joe Gomez out of that back four and they don’t have the pace to cope.

Liverpool would be alright against any other team. But not this Leicester team. And it’s because of Vardy.

No-one else has a forward like that – and he loves scoring in the big games against the big teams.

I don’t personally think Liverpool are going to stop him. So they will have to try and outscore him.

They’ve still got plenty of firepower and I don’t think Jurgen Klopp will be shutting up shop. He will go on the attack.

Don’t forget, Liverpool don’t lose at Anfield. Their record there is incredible. So even a draw is a good result for Leicester.

I think Leicester would take that now, even with all the injuries Liverpool have got.

The problem with the idea of bringing five subs back is that the big teams aren’t even using the three they’ve been given right now.

It’s okay complaining about the workload on players. But why are we playing the Republic of Ireland in a pointless friendly then?

Let’s be honest. Our B team could have beaten Ireland. What’s the point? It’s a shame what’s happened to Irish football. I don’t know where the players have gone. It’s sad.

And then we play Iceland in a total dead rubber when we can’t qualify for the Nations League finals any more, so it’s a total waste of time.

Tottenham have a massive game today against Manchester City. And Jose Mourinho has had one day to get his team ready. One day. Because of that game.

This is where you see whether Spurs are a threat or not this season. But Mourinho only has 24 hours to prepare. It’s unreal really.

We just shouldn’t be playing all these meaningless games. It’s not about five subs and helping the big teams out. It’s about not playing so many games.

Everyone is trying to impress and they don’t have long to make an impression. You come back mentally drained. 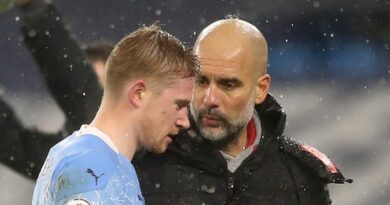