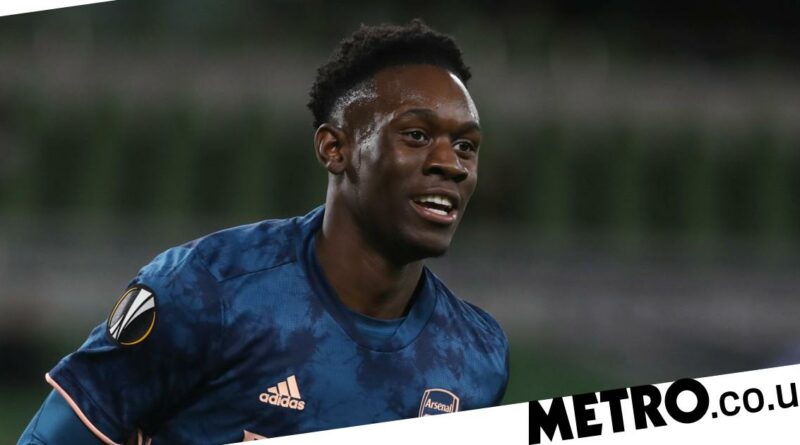 Arsenal forward Folarin Balogun is on the verge of signing a pre-contract agreement with an overseas club, according to reports.

The 19-year-old will be out of contract at the end of the season and is already able to negotiate with teams outside of the Premier League.

According to The Athletic, Balogun is now close to signing a pre-contract with a foreign side, which would see him leave Arsenal at the end of the season.

The report also claims that there are concerns from Balogun’s camp over the amount of playing time he has received this season.

The forward is yet to play in the Premier League under Mikel Arteta and has made only four appearances as a substitute in the Europa League and one 13-minute cameo in the Carabao Cup last month.

Arteta, however, insists Balogun will be given more opportunities to make an impact.

‘His progression and the use of the time that he’s had with us has been incredible. He will keep having chances while he’s with us,’ Arteta said on Thursday.

‘You need three parties to make a deal.

Asked if Balogun’s agent is preventing an agreement from being reached, Arteta said: ‘No, I’m not saying he’s stopping.

‘I’m saying that we need to find an agreement with him.

‘We are negotiating with an agent, with a player that wants to stay at the club and we need to find an agreement.

‘I’m telling you that we are doing everything we can to keep him here and hopefully from the other part they are doing the same and they defend the same interests, which is the players’ interest, which is to stay at the football club and be successful with us.’

Tottenham close to loan for US forward Alex Morgan