Pepe was dismissed in the 51st minute after Video Assistant Referee (VAR) officials spotted the incident, with referee Anthony Taylor taking a look at the monitor before brandishing the red card.

“I let my team down at a crucial time of the game and there are no excuses for my behaviour,” the 25-year-old Ivory Coast international wrote on Instagram.

“I am deeply sorry and would like to apologise to the fans, my teammates, my coach and everyone else at the club.”

Pepe and Macedonian Alioski were subjected to racial abuse on social media after the game, and Arsenal and Leeds both said they condemned the online abuse and would work with the authorities to trace those responsible.

The growth of social media has fuelled discriminatory abuse towards footballers in recent years.

Crystal Palace defender Patrick van Aanholt and winger Wilfried Zaha are among players who have called on the platforms to take stricter action against racism after they were targeted.

Pepe will miss Arsenal’s next three Premier League matches but could feature in Thursday’s Europa League game at Molde. 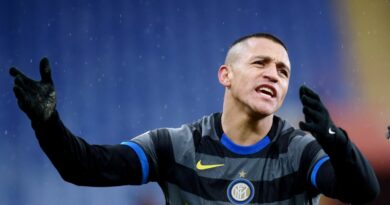