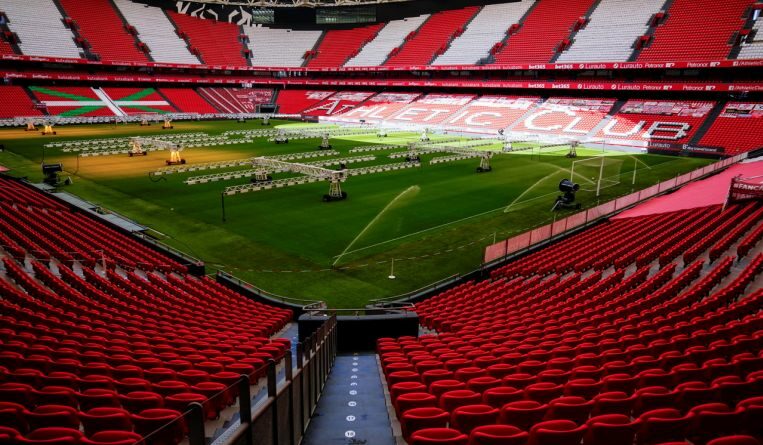 LAUSANNE (AFP) – Eight of the 12 host cities for this year’s European Championship have said they are willing to have spectators at matches based on projections of an improving Covid-19 situation, Uefa said on Friday (April 9).

The remaining four – Munich, Rome, Bilbao and Dublin – have been given until April 19 to release their plans “and final decisions will be made on that date regarding the staging of matches in those four venues”, European football’s governing body said in a statement.

That raises the possibility that the cities in question could lose hosting rights, with the matches moved to other existing host venues.

The number of spectators allowed in stadiums looks set to vary considerably across the eight venues, with St Petersburg and Baku confirming they will allow crowds at 50 per cent of capacity and Budapest aiming to allow 100 per cent capacity “but with strict stadium entry requirements for spectators”.

Uefa said Amsterdam, Bucharest, Copenhagen and Glasgow will allow between a quarter and a third of full capacity, while London “has confirmed a minimum capacity of 25 per cent for the first three group matches and round of 16 match”.

That leaves open the possibility that more fans will be able to attend the remaining matches at Wembley Stadium, which will stage both the semi-finals as well as the final on July 11.

Uefa said each host city had been left to make its own decision on the number of fans permitted to attend games and that “many factors” had been taken into consideration, notably the roll-out of vaccinations.

The superstars who missed out on the Ballon d'Or Dream Team