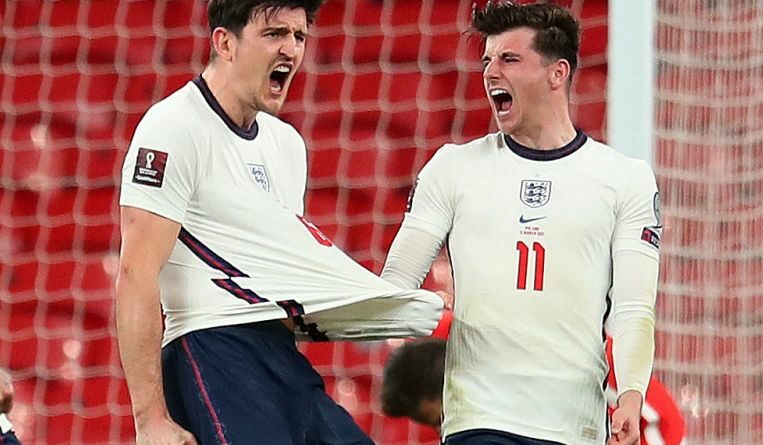 The England captain’s 10th international goal from a spot-kick was cancelled out in the second half by Jakub Moder after a defensive howler from John Stones.

But England regained the lead with five minutes left on the clock when Harry Maguire smashed home after central defensive partner Stones headed a corner back across goal.

The nervy win at an empty Wembley means England top Group I with nine points after wins earlier in the international window against San Marino and Albania.

Only the team that finishes top of the group are guaranteed a place at the World Cup finals in Qatar next year.

The visitors, who have not beaten England since 1973, were missing injured Bayern Munich sharpshooter Robert Lewandowski and were depleted following a coronavirus outbreak in the camp.

England made just one change from the side that started Sunday’s match in Tirana, with Chelsea full-back Ben Chilwell coming in for Manchester United’s Luke Shaw.

Manchester City midfielder Phil Foden headed over from a Chilwell cross early in the game as the hosts started on the front foot.

England took the lead their football deserved in the 19th minute after Raheem Sterling charged into the box and was upended by Barnsley defender Michal Helik.

Kane smashed the spot-kick down the middle, giving Wojciech Szczesny no chance.

The goal forced Poland to be more proactive but Sterling continued to look dangerous on the left side of the England attack, nearly setting up Foden and then going on a slaloming run into the opposition penalty area.

Szczesny made a fine save from a powerful Kane shot as England tried to turn the screw but for all their dominance, they were forced to settle for a 1-0 lead at the break.

The home side were in control at the start of the second half but failed to create clear openings and the visitors equalised against the run of play as Stones was caught in possession.

The City defender, who has been in fine form this season, was in no danger when he received the ball on the right side of the England penalty area but Brighton’s Moder robbed him and lashed home after collecting an Arkadiusz Milik return pass.

Milik headed wide when presented with a chance as England struggled to recapture their earlier rhythm against their galvanised opponents.

England huffed and puffed but Southgate stayed patient, refusing to turn to the substitutes’ bench and was rewarded by Maguire’s late goal.