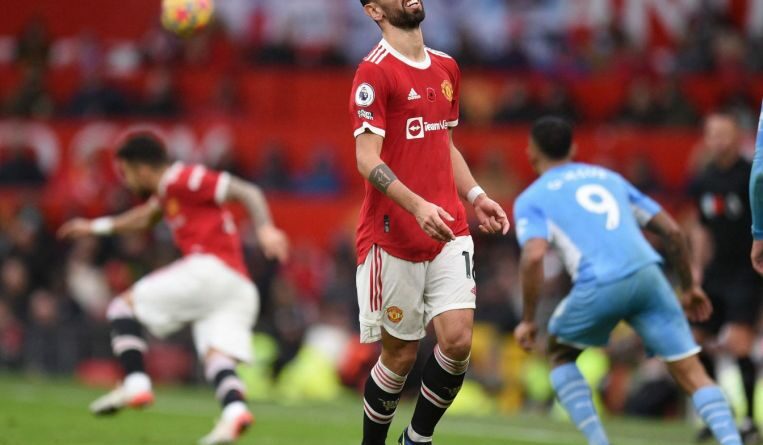 LONDON (AFP) – Bruno Fernandes says Manchester United’s players should look in the “mirror” after their chastening 2-0 defeat to Manchester City cranked up the pressure on manager Ole Gunnar Solskjaer.

United beat Tottenham convincingly last week to restore some pride following an embarrassing 5-0 home defeat to Liverpool but were palpably second best against City on Saturday (Nov 6), struggling with and without the ball.

Poor defending led to Eric Bailly’s own goal and then Bernardo Silva scored on the stroke of half-time, with Luke Shaw at fault.

“Obviously everyone is frustrated about the result, about the performance too,” the Portuguese midfielder told MUTV.

“We know we can do much better and we know this is not enough for a player who is representing this big club. We have to look at the mirror.”

Fernandes apologised to fans, who were expecting a title push after United, who finished second in the Premier League last season, spent heavily in the transfer window.

“We have to look at ourselves, everyone at his home, understand what they can do better to help the team,” he said.

“We just have to apologise to the fans and that’s it because it was not good enough from us.

He said the crowd created a “great atmosphere”.

“They pushed us until the end, they tried to give that energy to us but from us it was not enough.” There were countless defensive lapses by United in Saturday’s match and the scoreline could have been far more lopsided had David de Gea not produced a string of superb saves.

Fernandes said: “We have to protect better David, because he is protecting us a lot and we have to help him because he cannot make every game eight, nine saves and then still concede goals.”

United had only been three points behind City going into the game, but the loss means they ended Saturday as close to Burnley in the final relegation spot as Premier League leaders Chelsea in terms of points. 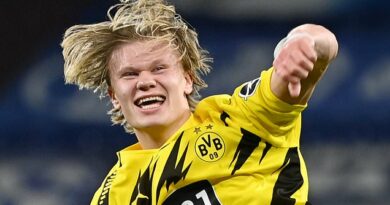