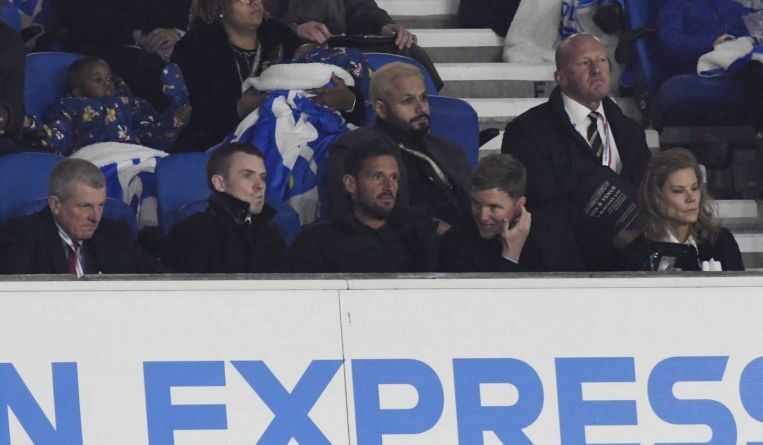 LONDON (REUTERS) – Eddie Howe seems poised to take over as Newcastle United manager after watching the Magpies draw 1-1 with Brighton & Hove Albion at the Amex Stadium on Saturday (Nov 6).

Howe, who was seated alongside part-owner Amanda Staveley, agreed a deal in principle to become the new head coach earlier this week, according to British media reports, following the departure of former boss Steve Bruce last month.

Isaac Hayden scored with a fine volley from close range in the second half to a salvage a draw for Newcastle, who went behind through a Leandro Trossard penalty in the first half.

Caretaker boss Graeme Jones said that Newcastle had shown great fighting spirit in the second half and that Howe would take over a healthy club.

“I’ve not spoken to them (Howe and his former Bournemouth assistant Jason Tindall). I think they will see this performance and realise they inherit a healthy football club. We are all together here. We have had a bad start, every point matters,”said Jones.

“I was assured from minute one that the owners wanted me as part of any management team that comes in. I am delighted. We will have to see what the future holds but hopefully I will still be here.”

Newcastle are second from bottom with five points from 11 games heading into the international break.

Left back Matt Ritchie said that Howe could bring out the best in the players if given the job.

“I am not sure if it is confirmed yet or what is happening but for me my time with him (at Bournemouth) was fantastic, I loved every minute. We have a young hungry group here and I am sure he can bring out the best in them if he is appointed,” said the 32-year-old.

“What he did at Bournemouth was nothing short of a miracle. I have all the praise in the world for him. We have some really talented players. It is just about getting the group confidence.”

Celtic vs Rangers live stream: How to watch Scottish Premiership fixture online and on TV today