Home » Soccer » Football: 'It was there for us to win' laments Solksjaer as Man United, Liverpool draw 0-0 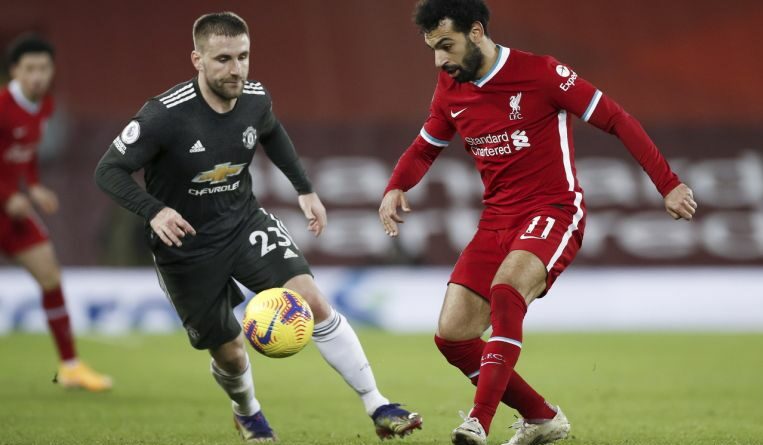 LIVERPOOL (AFP) – Ole Gunnar Solskjaer rued a missed opportunity for Manchester United to lay down a marker in the Premier League title race as two late saves from Alisson Becker salvaged a 0-0 draw for Liverpool at Anfield on Sunday (Jan 17).

United remain three points clear of the champions at the top of the table, but failed to take advantage of a depleted Liverpool defence.

Few other visiting sides have come closer to ending Liverpool’s now 68-game unbeaten run in the Premier League at Anfield as Alisson proved his worth to deny Bruno Fernandes and Paul Pogba in the final 15 minutes.

“It was an opportunity missed with the chances we had but then again, we were playing a very good side.” Solskjaer said.

“I think we grew in the game and toward the end, it was there for us to win. We created two massive chances and it was two brilliant saves by the ‘keeper.”

Solskjaer’s disappointment, though, is a sign of how far United have come in the year since they last suffered an away defeat in domestic football on their last trip to Anfield.

A massive 33 points divided the sides last season as Liverpool ended a 30-year wait to win the title.

United are now looking to end their own drought as for the first time since former manager Alex Ferguson retired eight years ago, they have forced themselves into contention on the back of a 12-game unbeaten run.

Liverpool were again without any fit senior centre-backs, forcing Jurgen Klopp into partnering midfielders Fabinho and Jordan Henderson in defence.

Yet, despite the loss of the talismanic Virgil van Dijk, Joe Gomez and Joel Matip to injury, it is scoring goals, not conceding them, that has been the root of the Reds’ struggles in recent weeks.

Klopp’s men have failed to score in three consecutive league games for the first time since 2005 and are now winless in their last four in the Premier League.

“What we miss is the goal,” said Klopp. “For all the things said before the game, they are flying and we are struggling, I think my boys played a really good game.”

Klopp recalled Xherdan Shaqiri to add a creative spark, while Thiago Alcantara made his Anfield debut, four months on from his arrival from Bayern Munich after a long injury layoff.

Thiago pulled the strings as United struggled to gain a foothold in the opening half hour.

A turnaround in United’s fortunes dates back a year to Fernandes signing shortly after the sides last met. The Portuguese international midfielder quickly established himself as the Red Devils’ talisman and again provided his side’s biggest threat.

His free kick that curled inches wide was as close as either side came to breaking the deadlock before the break and he then had the visitors’ first shot on target 25 minutes from time that Alisson comfortably collected.

However, as the game became stretched late on, United began to pick Liverpool off on the counter-attack.

Fernandes had his best chance to win the game 15 minutes from time, but Alisson was equal to his low shot from Luke Shaw’s cutback.

Moments later, Liverpool’s goalkeeper made an even better save to turn Pogba’s fiercely struck shot behind and prevent United opening up a sizeable gap over their rivals.

“We can’t deny Man United for 90 minutes with the quality they have,” added Klopp. “They had two big chances and Ali made two big saves.”