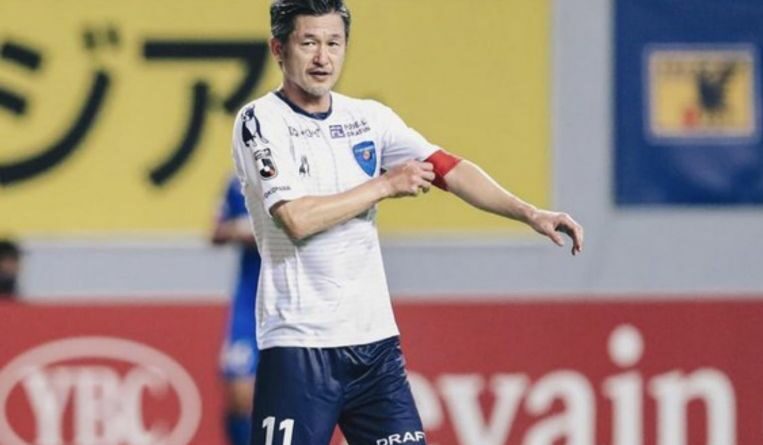 TOKYO (AFP) – Evergreen Japanese football star Kazuyoshi Miura said he “still has the passion” to continue his career at 54, the local media reported on Monday (Dec 13), with contract offers still coming his way.

Miura, known as “King Kazu”, extended his record as Japan’s oldest footballer this year, turning out for Yokohama FC in the J-League’s top division.

But the veteran’s contribution was minimal, managing only one minute of league action all season as his side finished bottom of the table.

Now he is considering a new challenge, with offers from two fourth-tier teams reportedly on the table.

Miura said Yokohama has also offered him another contract extension, but he is determined to sign for a team “with a clear vision”.

“I’ve been saying for the past 10 years that if there’s a team that wants me and needs me, I’ll go regardless of what division they’re in, and that hasn’t changed,” the Nikkan Sports daily reported him as saying in Osaka, where he is training to keep in shape.

“As long as I still have the passion, of course I want to go for it,” he said.

“I still have the passion.”

Miura reportedly received an offer to join fourth-tier side Suzuka Point Getters, who are managed by his older brother Yasuhiro.

“King Kazu” said he was keen to join a club with ambitions of moving up the divisions.

“If a club just says ‘come here’, that’s no good,” said Miura, who also has a reported offer to join fourth-tier Kochi United.

“It’s better to go to a club with a clear vision.”

Miura, who will turn 55 in February, has said he wants to keep playing until he turns 60.

One of Asia’s best-known footballers in the 1990s, he helped put the game in Japan on the map when the professional J-League was launched in 1993.

He left Japan for Brazil in 1982 and signed a contract with Santos FC in 1986 to make his professional debut.

He made his Japan debut in 1990 and was famously left out of his country’s squad for their first World Cup finals appearance in 1998, despite scoring 55 goals in 89 games for the national side by the time he played his final international in 2000. 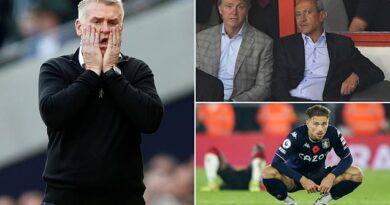 TOM COLLOMOSSE: Will Aston Villa be brave enough to shake things up?