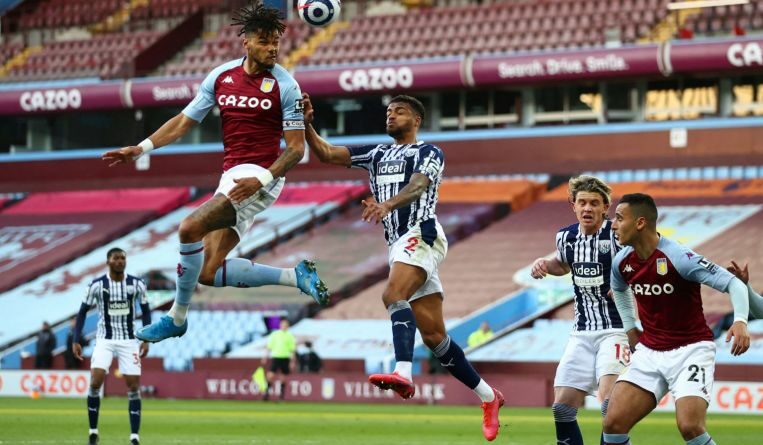 BIRMINGHAM (REUTERS) – Aston Villa substitute Keinan Davies scored in stoppage time to snatch a 2-2 draw at home to Midlands rivals West Bromwich Albion in their Premier League clash on Sunday (April 25) with the outcome doing neither side any favours.

The result dented West Brom’s forlorn hopes of avoiding relegation as they stayed 19th on 25 points from 33 games, nine adrift of the safety zone, while Villa’s fading bid to clinch a European spot also faltered as they stayed 11th on 45 from 32.

Anwar El Ghazi fired Villa ahead with a ninth-minute penalty after Semi Ajayi fouled Ross Barkley as the home side pegged the Baggies back early on.

After weathering the storm, West Brom levelled in the 22nd when Matheus Pereira drilled a penalty past Emiliano Martinez, with Ezri Konsa having hauled down Ainsley Maitland-Niles.

Chances went begging at either end before the visitors’ Mbaye Diagne took advantage of a Konsa error and raced clear to beat Martinez with a low shot which was took a heavy deflection off Tyrone Mings in the 48th minute.

There were more chances and brilliant saves at both ends before Davies, who had rattled the post in the 86th minute, capitalised on a defensive mix-up between defender Kyle Bartley and keeper Sam Johnstone and to poke home the equaliser.