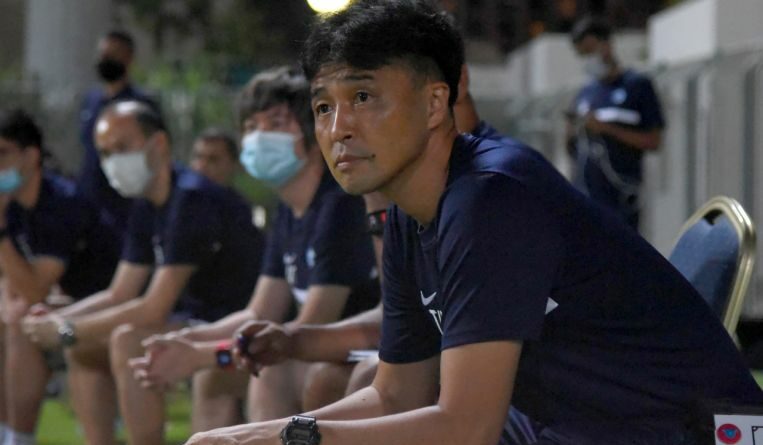 SINGAPORE – Lions’ coach Tatsuma Yoshida has struck a defiant note despite the fact that the team’s 10-day training camp in Dubai ended in a 7-1 thumping at the hands of Morocco ‘A’ in a training match on Tuesday evening (Nov 16).

The result means the team will head into the Dec 5-Jan 1 AFF Suzuki Cup on the back of a six-game winless run, which includes five straight defeats. The trip to the Gulf also saw them lose 2-1 to a 10-man Kyrgyzstan in an international friendly last Thursday.

They will not be playing further warm-up matches ahead of their Cup opener against Myanmar on Dec 5.

But Yoshida played down the impact of the latest result and quashed talk of low morale within the team.

When asked how much of an impact the scoreline would have on his players’ confidence, he said: “Zero per cent. Because the boys understand the quality of the opponent. We have to accept it.

“But in the Suzuki Cup, it will be a different competition and opponents. We don’t need to worry about this result. We have to stay calm. I have confidence in these boys.”

The Japanese noted that Morocco ‘A’ “is probably the toughest opponent we have faced since I took charge”. Morocco, are ranked 29th in the world by Fifa and their “A” team, who comprise mostly players who feature in their domestic league, are unbeaten in 29 matches since 2017. The team was formed to participate in the African Championship of Nations which exclusively features players who are active in each country’s domestic leagues.

Yoshida insisted that there was still time for his men to improve despite their opening game being 18 days away.

“This experience will be able to help us in the tournament… We have three more weeks and we can improve during these weeks and through the tournament, game by game. The result sounds negative but the boys showed good attitude. It was a good challenge for us. I am not worried.”

The Lions were without Safuwan Baharudin , Irfan Fandi and Zulfahmi Arifin , after the trio returned to their respective overseas clubs. Yoshida thus made five changes to the team that started in the loss to Kyrgyzstan, with Jacob Mahler, Ikhsan Fandi, Iqram Rifqi, Izwan Mahbud and Zulqarnaen Suzliman coming into the starting XI.

The Lions found themselves 2-0 down at half-time and the coach made seven substitutions at the break to give playing time to the rest of the squad. Singapore’s consolation goal came in the 88th minute when Faris Ramli set up Nazrul Nazari to rifle a fierce angled drive into the top left corner.

Rounding up the training camp in Dubai, winger Gabriel Quak said it had been good for the squad to “eat, sleep and train together”. He added: “You don’t get to play this level of opponents often. This was a good warm-up match before we approach the tournament. It is good to review and see what went wrong but we shouldn’t let the scoreline affect us too much heading into the tournament.

“I’d rather this happen now than in the tournament. I’d rather we lose heavily now. We will take lessons from this and prepare in the weeks ahead for the Suzuki Cup.”

The Lions returned to Singapore from Dubai on Wednesday afternoon and will serve a seven-day Stay-Home Notice, during which they will continue to prepare for the tournament in a training bubble. 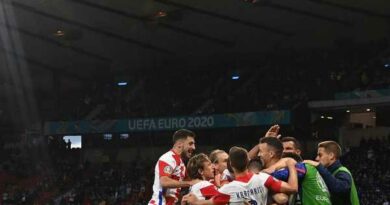