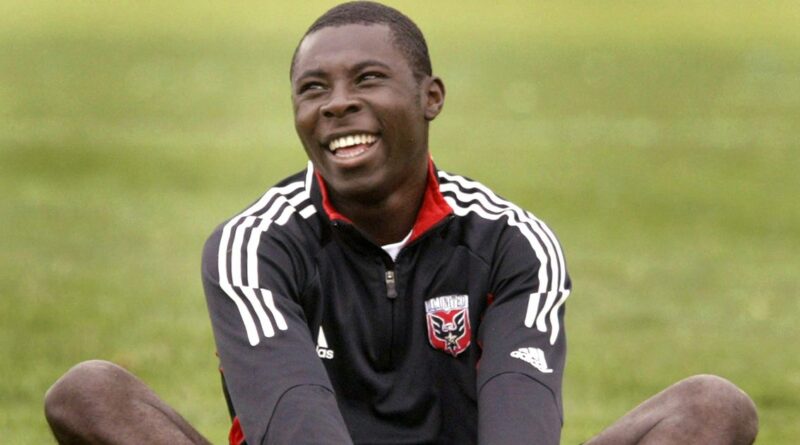 Football Manager 22 was officially released by Sports Interactive on Tuesday, giving bedroom bosses across the world the chance to pick out the next batch of cut-price wonderkids.

For avid Football Manager players, there are not many better feelings than picking out an unknown young talent who goes on to set the world alight.

Every instalment of the popular video game provides a host of potential stars in the making, who can be snapped up on the cheap and developed into world-class players.

There have been some iconic Football Manager wonderkids over the years that are still cherished to this day. Daily Star Sport has taken a look at 12 of the best, as well as what happened to them in real life.

The United States forward was the golden boy of Championship Manager 4 as well as Football Manager 06 and 07, having burst onto the MLS scene with D.C. United in 2004.

But after setting records as the MLS' youngest ever player and goalscorer, Adu failed to live up to his early promise and has instead gone on to become a journeyman plying his trade in numerous countries worldwide.

He has spent time in Portugal, France, Turkey, Serbia and Finland over the past 15 years and is currently playing in Sweden with Osterlen FF.

Who do you think is the greatest Football Manager wonderkid ever? Let us know in the comments section below.

Football Manager experts across the globe must have rejoiced when Saivet completed a £5million move to Newcastle in 2016, yet unfortunately he didn't prove as talented as the player that took FM 08 by storm.

Likened to Thierry Henry in that edition of the game, and while on Bordeaux's books at the time, the France Under-21 forward was a must-buy player that every virtual gaffer knew about.

However, his time at St James' Park was largely spent out on loan, before the Magpies finally released him over the summer.

In FM 06 and 07, the Anderlecht teenager was an ideal recruit for any managers in need of a bargain.

At just 17 years of age Vanden Borre was already a world-class full-back on either flank and also capable of operating at centre-back, making him every player's dream in the game.

In the real world he left Anderlecht for Fiorentina in 2007, enjoyed later stints with Genoa, Portsmouth and Genk before heading back to his boyhood club in 2012. He then returned for a second time last year after a brief spell in Congo.

Samba was touted as a future England star after being signed by Millwall at the age of 13, meaning it was a no brainer for bosses to snap him up three years later on Championship Manager 01/02.

The striker was capable of single-handedly firing a team to glory in the game, but he never reached the same heights during his real career.

Despite being picked ahead of Wayne Rooney for England's Under-17s, Samba didn't make the grade at Millwall and went on to play for other low-level teams in England, Spain, Greece, Finland and Norway.

If you were in need of a new goalkeeper on FM06 or FM07 there was simply no better option than Akinfeev, aka the Iron Curtain.

The CSKA Moscow shot-stopper, who still captains the Russian club to this day, was a 20-year-old gem back in those days, with the potential to go on and comfortably become the best goalkeeper in the game.

A big-money move never came for him in the real world, nevertheless, meaning he has spent the entirety of his career with CSKA and racked up almost 500 appearances.

The Colombian midfielder was a highly-popular purchase in the first ever Football Manager game (2005), with his remarkable long-shot and free-kick abilities making him a must-have youngster.

As an actual player Guarin has enjoyed a successful career, winning three Portuguese titles and the Europa League with Porto while also making 141 appearances for Inter Milan.

He has also been on Boca Juniors, Saint-Etienne and Shanghai Shenhua's books, but currently plays in Colombia with Millonarios.

Due to the fact he had only just signed for Arsenal in real life, Vela was a difficult transfer target to obtain when FM09 was launched – but boy was he worth it.

If you could manage to prise him away from the Emirates, the Mexican thrived in pretty much every attacking position in the game and was deadly in front of goal.

Vela never lived up to the hype at Arsenal, leaving in 2012 after unsuccessful loan spells with West From and Real Sociedad – but he revived his career with the latter, scoring 61 goals in 213 games before joining current club Los Angeles FC.

The Derby County teenager was genuinely one of the most sought-after youngsters in European football back in 2000, even attracting interest from European giants AC Milan.

As a result, he became a cult hero on Championship Manager 01/02 due to his breathtaking goalscoring ability and cheap transfer value.

But Tonton never reached similar heights in the real world due to personal tragedy, spending the rest of his career playing in his native Sweden following the death of his parents and brother at a young age.

While he wasn't the cheapest FM09 wonderkid you could get your hands after moving to Fiorentina before the game's launch, Kuzmanovic was well worth paying top dollar for.

The Swiss star, 22 years old in the game, raked in plenty of goals and assists from midfield and, quite frankly, was capable of doing it all.

In his own career, after leaving Fiorentina in 2009 he went on to play for Stuttgart, Inter Milan and Basel. Has been without a club since 2018.

The 6ft Greek defender was a rock at the back for any manager lucky enough to have signed him from FM10 up until FM14.

Papadopolous could be plucked from Schalke's reserves in FM10, which would always prove a serious bargain due to his incredible stats from an early age.

He looked a lot like replicating that success in the real world, however a series of injury problems meant he was never able to fulfil his potential at Schalke, Bayer Leverkusen, RB Leipzig and Hamburger. Now plays in Greece with Atromitos FC after brief time in Croatia and Saudi Arabia.

Real Madrid B player Opare was an absolute steal for managers in FM09, as he clearly had the ability to operate at a much higher level.

The 19-year-old full-back could come straight into Madrid's first team or be signed elsewhere for peanuts, before going on to become one of the best defenders in the game.

In the real world, Opare never made it out of Madrid's Castilla side and later played for Standard Liege and Porto's B team. Was last on Besiktas' books.

Another FM09 wonderkid, Acquafresca could be signed on the cheap from an Inter Milan squad brimming with talent ahead of their real-life Champions League win under Jose Mourinho that season.

The Italian striker was an absolute goal machine in the game and could quite easily win you silverware single-handedly, although the same can't be said for his own career.

Acquafresca, who never scored more than 14 goals in a season, failed to make a senior appearance for Inter and spent the rest of his days struggling for form with the likes of Cagliari, Genoa, and Bologna.