Gianni Infantino, the current Fifa president, was involved in negotiations that led to two of the world’s richest football clubs, City and France’s Paris Saint-Germain, agreeing favourable settlements, according to documents released by Der Spiegel as part of a Football Leaks series on Friday.

Among the thousands of documents reviewed by Reuters was an e-mail sent by City lawyer Simon Cliff. It described an exchange between Khaldoon Al-Mubarak and Infantino who, as general secretary of Uefa in 2014, was within his rights to contact the City chairman over the negotiations.

“Khaldoon said he would rather spend 30 million on the 50 best lawyers in the world to sue them for the next 10 years,” Cliff wrote, adding that this was a chance “to avoid the destruction of their rules and organisation”.

Infantino also allegedly spoke about drafting a possible settlement, saying in his e-mail: “You will see that I’ve sometimes chosen a wording which ‘looks’ more ‘strong’,” before signing off with the message “Let’s be positive!”

With the ruling family of Abu Dhabi holding a controlling stake in City and PSG effectively owned by the Qatari state, both clubs had struck sponsorship deals with businesses and organisations related to their parent countries.

Investigations conducted by a marketing group, Octagon, on behalf of Uefa found the deals to be grossly overvalued, to the tune of nearly €400 million (S$626 million). According to a report conducted by PricewaterhouseCoopers, as much as 84 per cent of City’s “other commercial income” was derived from Abu Dhabi.

UEFA IN THEIR CROSS HAIRS

Khaldoon said he would rather spend 30 million on the 50 best lawyers in the world to sue them for the next 10 years.

It seems obvious from the ‘reporting’ carried out in some media outlets that there is only one particular aim: an attempt to undermine the new leadership of Fifa and, in particular, the president, Gianni Infantino.

FIFA, on the allegations raised by the Der Spiegel releases.

Under Uefa’s FFP rules, which were then new to the sport, sponsorship deals of the kind struck by City and PSG had been outlawed.

The maximum sanction for such behaviour could be a suspension from European competition.

But, according to the documents, after secret meetings involving both Infantino and then-president of Uefa, Michel Platini, the man who introduced FFP, those charges were never heard by Uefa’s Club Financial Control Body.

City and PSG accepted a fine of €60 million each and ultimately agreed to settle for €20 million, roughly a tenth of the sums from which they had benefited on the way to building title-winning teams.

PSG said their compliance with the rules had been “exemplary”.

City said in a statement that did not dispute the authenticity of the documents: “We will not be providing any comment on out of context materials purported to have been hacked or stolen from City Football Group and Manchester City personnel and associated people.

“The attempt to damage the club’s reputation is organised and clear.”

Fifa said it had “received a very large number of questions from a group of media on a wide range of topics relating to Fifa” in October.

In a statement released on Friday night, it added: “It seems obvious from the ‘reporting’ carried out in some media outlets that there is only one particular aim: an attempt to undermine the new leadership of Fifa and, in particular, the president, Gianni Infantino, and the secretary general, Fatma Samoura.

“For the avoidance of doubt, it also deserves to be pointed out that none of the ‘reports’ contains anything which would even remotely amount to a violation of any law, statute or regulation.”

Infantino, a key promoter of the FFP who said the rules were designed to save European football from “greed, reckless spending and financial insanity”, defended his actions in an interview a few days before the documents’ release.

“My job entails having discussions, having conversations, exchanging documents, drafts, ideas, whatever, on many, many, many, many, topics. Otherwise you don’t go anywhere,” he told the Associated Press. “So if, then, this is being portrayed as something bad, there’s not much I can do more than my job in an honest way, in a professional way and trying to defend the interests of football.” 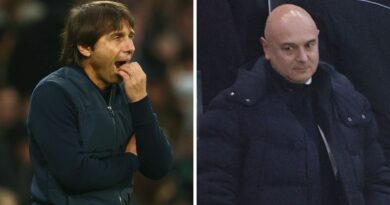