Speaking on the Anything Goes with James English podcast, he said: "That was terrifying, being on my first set, the camera guy there was a big bald Irishman, he was quite scary – I’ve got to get my d**k out in front of him and start f***ing."

The intense nature of the shoot led Oliver to "shrivel up", which wasn't his only concern. He continued: "It was like laminate flooring, and I was butt-naked and sweating, and I was slipping in my own sweat.

"We had to keep cutting, I had her bent over the sofa but I kept slipping all across the floor, they had to keep wiping the floor down, I was just a dripping mess."

Oliver was working as a painter and decorator at the time and saw it as a good opportunity to make easy money. "People used to say to me, 'you're doing it all anyway', because they knew I used to sleep with girls, I was a player, and they said, 'you might as well get paid for it'," he explained.

"But it wasn't until I had the confidence to actually do it, [that I realised] it was a whole different ball game."

But despite finding love, the male star did hint at his regret at pursuing an adult content career – and wonders how his life could be different if he'd stuck to playing footie.

He added: "When I was at Crystal Palace, if I'd have stayed with them, then I could have been earning a lot more playing football. I used to fight as well, maybe that could have gone somewhere. 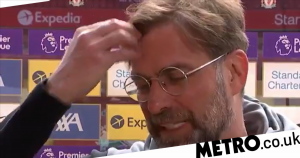