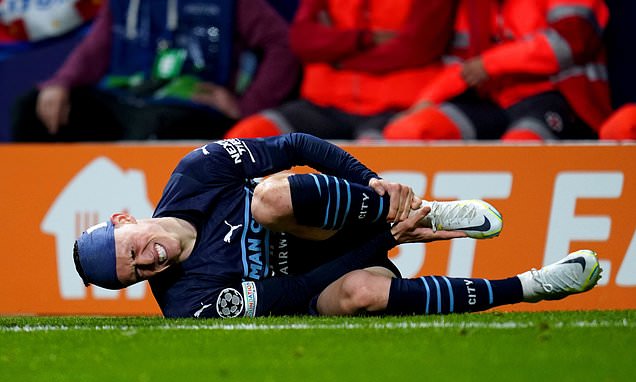 JACK GAUGHAN: Forget the beautiful football, streetwise Manchester City love a scrap too… a trait that was on show against the masters of the trade in Champions League clash with Atletico Madrid

Smart guy, Phil Foden. Rolling back on the pitch after Felipe’s wild hack had put him into the first row was, ironically, pure Atletico Madrid.

And that act, prompting a brawl in one corner of the Wanda Metropolitano, did for Atletico.

Diego Simeone’s team lost their heads in a chaotic 11 minutes of stoppage time. It didn’t feel like it at the time, but Manchester City managed the situation perfectly. 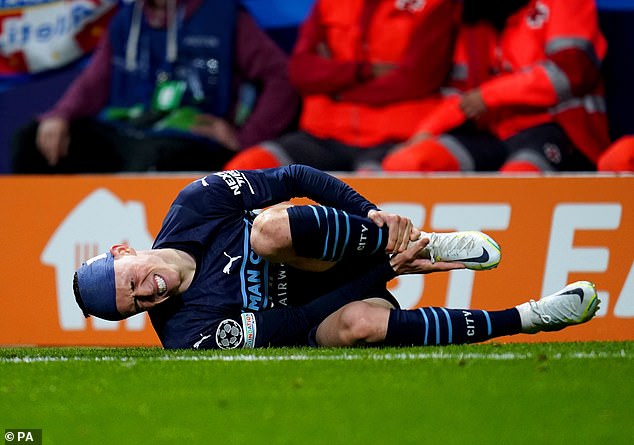 Phil Foden rolled back onto the pitch late on, sparking the touchline brawl in Madrid 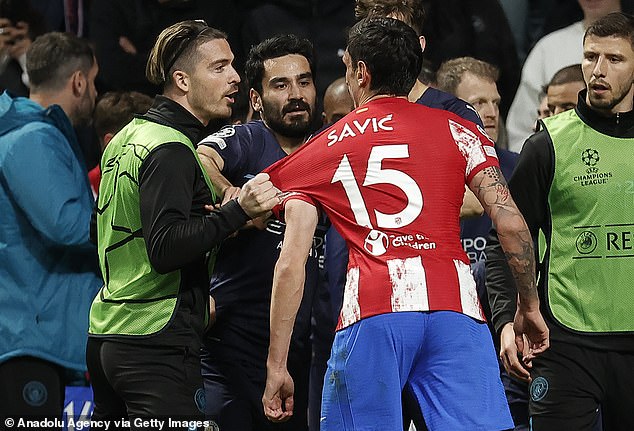 Foden wound Atletico up. Streetwise City — who would have thought? Well, anyone who follows City. That criticism in the early Pep Guardiola years, that they were brittle passers scared of mixing it, is nowhere near reality now.

Guardiola boarded a flight to London on Thursday with a second consecutive Champions League semi-final in the hold. Whether he never wins the competition again or lifts the trophy in Paris next month, he is normalising these achievements for City. That they fought their way to a goalless draw is no surprise.

City love a scrap. They pride themselves on possessing rough with refine. They have characters who get under the skins of opponents. ‘People sometimes think we are always going to play beautiful, but it is not like this,’ Rodri explained. ‘We have an unbelievable competitive mentality. We’ve grown a lot in this sense in the last years.’ 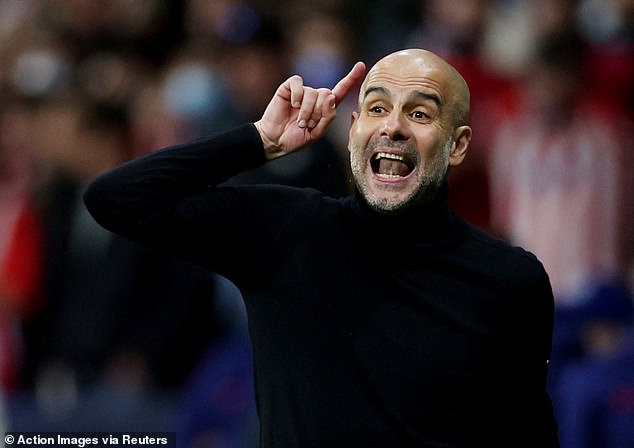 City making it to the last four is now nothing new. Guardiola has created an environment where that is expected.

Money has played its part, of course, but money does not buy you consistent success.

City’s team ethos should not be overlooked. They are as one. A team of individuals would not have withstood that relentless needling and worse in Simeone’s furnace.