Home » Soccer » ‘Forget the gender’: Why the new-look A-League Women is glued to the men

Business is booming for women’s football in Australia. Over the past decade, the Matildas have gone from niche sideshow to not only one of the country’s most beloved sporting brands, but the sport’s chief economic driver in this country.

Yet the competition that helped create the likes of Sam Kerr, Caitlin Foord and Ellie Carpenter has been withering on the vine. Broader mainstream interest in the Matildas may have surged, but it has not been reflected in increased support for the W-League. 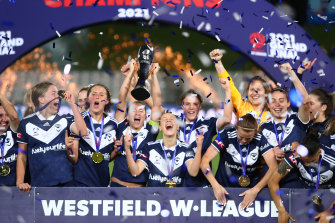 The W-League is dead – but the administrators behind the A-League Women have big plans.Credit:Getty Images

If anything, it’s gone in the opposite direction – since 2017, the year Australia’s women beat the United States for the first and only time, average W-League crowds have dropped by 25 per cent. The recent exodus of Kerr, Foord, Carpenter and their international teammates to professional contracts in Europe has not helped, leaving the domestic competition searching for an identity.

Which is part of the reason why it’s not called the W-League anymore: it’s now the A-League Women. As of Friday, it’ll have combined social media accounts on Facebook and Instagram with the A-League Men – and as of this season, there’s a combined club championship trophy up for grabs. If the point wasn’t clear enough, it’s about to be rammed home – almost half of the 70 matches that make up the new season, which begins on Friday, will be double-headers with the blokes.

It’s a nice enough idea, but it hasn’t exactly been warmly embraced by the small but fiercely loyal (and almost entirely female) fan base that has followed the W-League over the last 13 years. They fear such initiatives are more performative than genuine, and that some of what made the league special to them could soon be lost.

The lunge towards double-headers has been particularly divisive. Double-header crowds are roughly three times what standalone fixtures have been able to attract. But while broadcasters love them, many supporters hate early kick-offs in large, mostly empty stadiums, and prefer the intimacy of suburban grounds. Players are split: the PFA’s W-League poll for 2019-20 shows they prefer the quality of pitches at major stadia, but the atmosphere at smaller venues. 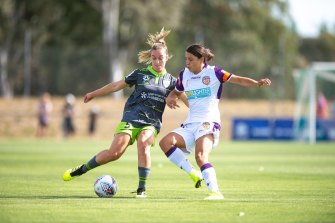 Townsend, who is still juggling his other job as Sydney FC’s CEO, has heard the critics but is adamant things need to be done differently to get different results. It’s why he’s getting rid of the club’s women’s-specific membership option, which has been taken up fewer than 200 times. “It sends the wrong message. You should be supporting your club,” he said. (The team’s crowds are roughly 10 times that number.)

This season, the A-League Women has expanded to 10 teams with the introduction of Wellington Phoenix. Two more teams will be added next season. But the long wait continues for a full home-and-away season: each team will still only play 14 rounds. It’s one of the single biggest factors inhibiting the development of future Matildas, and in the post-Kerr era, that seems to be the A-League’s almost sole purpose – particularly in the lead-up to the 2023 Women’s World Cup.

The APL’s stated ambition is total parity between men and women on number of teams and games played per season. “How long it takes to get there will depend on competing priorities – within the women’s game itself,” Townsend said. A move to full home-and-away, he explained, would encroach upon the timing of the NPL season and Football Australia’s new domestic match calendar – and since many players rely on playing in both for financial reasons, any increase in rounds would also necessitate a shift to full-time professionalism, which would cost club owners millions.

“If we do it, it’ll be an investment – and a big one,” Townsend said. “We’re talking millions of dollars of investment to get these players to a point where they can earn full-time money and sustain themselves in one competition.”

What does the APL want to see first? More support for the domestic game.

“If those 35,000 people who turned up to watch the Matildas play the US in a friendly match last Saturday – if a third of them came out and supported the A-League Women, we’d be half a chance,” Townsend said.

“Every single one of those players who played the last two games came through the W-League. If we want the Matildas to continue to be near the top of world rankings, we need a sustainable, professional women’s competition. And you only have that if the commercials around them stack up – and that means they get [increased] support.” 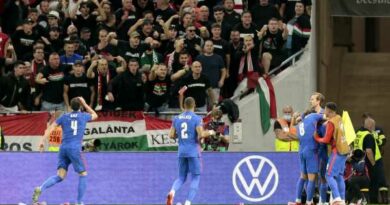 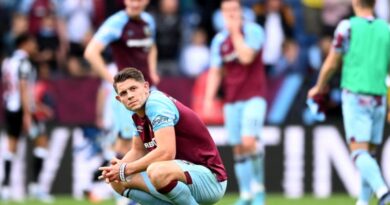 Arjen Robben announces he will depart Bayern Munich after 10 years